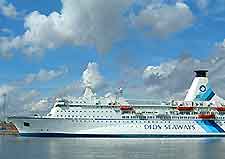 Both a city and a metropolitan borough, Newcastle boasts a lengthy history and was once the site of a Roman settlement, as well as the biggest centre for shipbuilding on the planet.

Life in the city today sees a modern conurbation centred around the River Tyne, where the trendy Quayside and striking Millennium Bridge serve as landmarks of the 21st century. A number of iconic businesses are associated with the city, such as the famous Newcastle Brown Ale, while sporting aficionados will recognise the Newcastle United F.C. as a professional football club and member of the prestigious Premier League.

During the 19th century, the Industrial Revolution changed the face of the city forever, with its coal mining and endless factories. Today, Newcastle partners with Gateshead to become a significant cultural centre for the north-east of England. The Central Business District resides within the very heart of the city, with its boundaries being defined by the Central Railway Station, Haymarket and the Quayside.

Located in central Newcastle, the Eldon Square Shopping Centre arrived in 1977, when it was officially opened by Queen Elizabeth II and immediately became the UK's largest indoor mall. Retail remains an integral part of city life, with the enormous MetroCentre in neighbouring Gateshead adding to the almost endless shopping opportunities present here.

There are a number of tourism outlets throughout the Newcastle-upon-Tyne area, as listed below.

As in any large city, it is advisable to always maintain an awareness of your surroundings and not look like a tourist when visiting Newcastle. Although crime levels are fairly low, try to look like you know where you are going and always be careful with hand baggage, handbags, purses and money. Be extra alert in crowds, particularly when watching street performers, shopping at markets and using public transport. 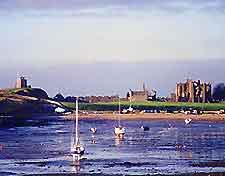 The cosmopolitan city of Newcastle is home to many different cultures and religious beliefs, and most religions have a presence in the area. Both St. Nicholas Cathedral and St. Mary's Cathedral provide the principal places of worship in the city, along with St. Andrew's Church on Newgate Street and All Saints Church on Pilgrim Street.

Most pharmacies in Newcastle city centre open from 09:00 until around 18:00, while supermarkets often have in-store chemists. Drugstores will usually open until 18:00, although some may stay open later - these usually have pharmacy counters for dispensing prescriptions and medicines. Those who favour familiar stores will find Boots the Chemist branches on Carliol Square, Grainger Street, Halewood Avenue, St. Georges Terrace and at the Eldon Square Shopping Centre.

English is the most commonly spoken language in Newcastle and the United Kingdom, although regional dialects in the north of England can vary greatly - think Ant and Dec, Cheryl Cole and Paul Gascoine.

Tipping in Newcastle is fairly discretionary, with most taxi cab drivers usually being given a small gratuity, although this is not essential. Restaurants in the city often include service charges and these are always clearly stated on the menus. Otherwise, it is usual to tip around 10% in recognition of prompt and courteous service. Hotel porters will happily accept a tip of one or two pounds for carrying your luggage to your room.

All public buildings and public transport options in Newcastle restrict smoking following the country's strict anti-smoking law of July 2007. This tends to be clearly indicated by prominent no-smoking signs. Public houses, restaurants and bars no longer permit smoking inside. However, an increasing number are providing outdoor areas for smokers wishing to light up, although some beer gardens may also be smoke-free zones.

Smoking in England is no longer as fashionable as it once was, so it is always worth exercising discretion and sensitivity when selecting a place in which to smoke. The best advice would be not to smoke in enclosed spaces unless you know that you are allowed and others around you are also lighting up.

Much business is done over the dinner table in Newcastle and business lunches are often held at restaurants in the city centre. In most good eateries there will be a comprehensive wine list and tables should be booked in advance.

Tyne and Wear comes with an enormous selection of public houses, both in and around the city of Newcastle and neighbouring Gateshead. With a good selection of lively pubs and wine bars in the city centre, there are also a large number of charming, historic pubs on the outskirts of Newcastle, often with views of the surrounding countryside. Most public houses are friendly places - if there is an appealing mix of people you can be sure that it is a good pub, otherwise, just close the door and find another nearby. Local pubs are often a good place for a meal, with many offering Sunday carveries.