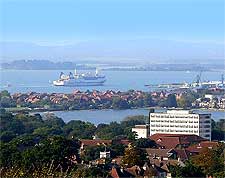 Poole's story began many centuries ago, when a group of Stone Age people settled in the woods of the Stour Valley.

It's to the Iron Age period of history that we must look to discover the town's historic connection with pottery, from pots and pipes to the distinctive Poole Pottery that is so well known and respected today.

From the Romans to the Middle Ages

Like many towns along the southern English coast, Poole was first settled by the Romans. In 43 AD, the Roman Second Legion set up an encampment here, dominating the area until their departure in the 4th century AD.

By 660 AD, Poole was part of the West Saxon Kingdom. Known then as 'Pol', meaning 'pool', it was an important place for fishing and for the anchoring of trading vessels. In the centuries that followed, the town was the victim of many Danish raids. Eventually, in 1015, King Canute took control of Brownsea Island, which he used as his base for plundering Wessex.

In 1248, the Longspee Charter granted some freedom to the people of Poole, who were still at this time under the feudal rule of the Lord of the Manor, William Longspee. It allowed six burgesses to be elected. An annual Mayor Making Ceremony is still held in Poole today. 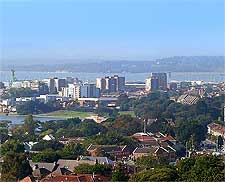 Poole from the 15th to 18th Century

At the beginning of the 15th century, Poole was a popular port. It was the starting point for many pilgrims who were making the journey to the shrine at Santiago. Raids on the port were a particular hazard during this period of Poole's history. In retaliation for a raid made by Englishman Harry Paye, a Spanish and French fleet was sent to attack Poole. The raiders set fire to the town before killing Harry's brother. Harry was nowhere to be found.

During the English Civil War in the mid-17th century, Poole took the side of the Parliamentarians. Consequently, the town was under threat from Royalist forces. In 1643 and 1646, Parliamentarians from Poole attacked nearby Corfe Castle, which was holding out for the king. The Royalists eventually surrendered and Corfe Castle was left in ruins. 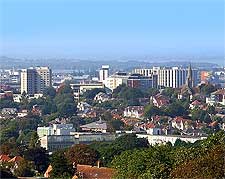 Plans to erect a bridge to cross from Poole to Hamworth began as early as 1834. A wooden toll bridge was eventually built to span the gap, although its steep gradient proved troublesome for horses. In 1885, it was replaced by a more effective iron bridge. Then, in 1927, the bridge that still stands today was opened to traffic.

In the meantime, Poole acquired its own railway station in 1847. Whilst it was hoped that it would stimulate the shipping industry, it actually had the opposite effect. Eventually, the town's fleet dwindled to almost nothing.

The Second World War took its toll on Poole. As it struggled out of austerity, it was clear that the old part of the town was in a sorry state. Throughout the 1960s and 1970s, a full-scale rejuvenation of the town took place, with a new hospital opening in 1969. Houses and shopping centres started springing up and the town's relationship with tourism really began.