Located in the south-west of England, Plymouth is a coastal city sited alongside the Plymouth Sound, Plympton, Sparkwell and the Dartmoor National Park, all of which lie to the north-east. Further afield and directly east you will find Torquay, Torbay, Newton Abbot, Exmouth and Paignton.

In the opposite direction, to the west of Plymouth, Cornwall is full of coastal villages and towns, with highlights including Looe, Lansallos, St. Blazey, St. Austell and also Mevagissey.

The following maps are designed to give you an overview of the Plymouth orientation, together with Devon, Cornwall and the rest of England. Prominent nearby locations are clearly indicated. 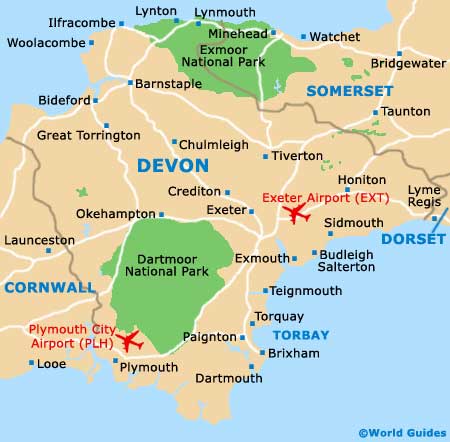