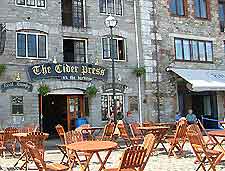 Plymouth is home to a surprising number of museums, all of which have something unique and appealing to offer. Many visitors to the city enjoy the numerous historical displays at the popular Plymouth City Museum, which is amongst the city's best offerings. The Barbican and Hoe area is particularly rich in cultural attractions and other must-see offerings include the Elizabethan House, which is located along New Street and close to both the Dolphin Hotel and the Tudor House.

Sited in the Hoe itself, the Plymouth Dome is not to be missed and contains many in-depth exhibitions and well-thought out displays, while the Prysten House is one of the oldest buildings in the city and has become an important attraction in its own right.

Address: Drake Circus, Plymouth, Devon, PL4 8AJ, England, UK
Tel: +44 (0)1752 30 4774
Located in the heart of the city and close to the new Drake Circus shopping centre, the Plymouth City Museum and Art Gallery contains a host of local history and artefacts. Highlights here include exhibitions on natural history, ceramics and numerous workshops throughout the year. Seasonal lunchtime concerts are always well attended and tend to take place during the winter.
Open hours: Tuesday to Friday - 10:00 to 17:30, Saturday - 10:00 to 17:00
Admission: free 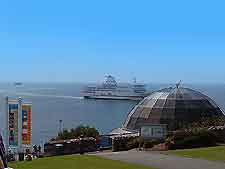 Address: The Hoe, Plymouth, Devon, PL1 2PA, England, UK
Tel: +44 1752 60 0608
A great way to learn more about the city and the days gone by, including both tragedies and triumphs, the Plymouth Dome stands in the Hoe neighbourhood and boasts extensive exhibitions about the Elizabethan times and major wars. Attractions at the Dome include state-of-the-art displays, recreating the sights and smells of the past, together with interactive maritime exhibits, a popular gift shop and small cafe serving basic refreshments.
Open hours: daily - 10:00 to 18:00
Admission: charge, discounts for seniors, children and families

Address: 32 New Street, The Barbican, Plymouth, Devon, PL1 2NA, England, UK
Tel: +44 (0)1752 30 4774
An inexpensive and worthwhile attraction with spiral stairs, period furnishings, an authentically restored kitchen and landscaped Tudor-style garden, the Elizabethan House is one of Plymouth's historic treasures and dates back to the end of the 16th century. The Elizabethan House is known for being the residence of a local sea captain and offers a true insight into local city life more than 400 years ago.
Open hours: April to October, Wednesday to Sunday - 10:00 to 17:00
Admission: charge, discounts for children

Address: 33 St. Andrews Street, Plymouth, Devon, PL8 6DZ, England, UK
Tel: +44 (0)1752 30 4774
Close to the Elizabethan House in the Barbican and Hoe area, the Merchant's House lies along St. Andrews Street and was once the home of Captain William Park, a wealthy local with strong nautical links to the city. The Merchant's House provides an interesting understanding about the city and its past, and features four themed floors, including a Victorian schoolroom, displays about the Great Western Railway, a chemist's shop and also information about how the city was affected during the Second World War.
Open hours: April to September, Tuesday to Friday - 10:00 to 13:00, 14:00 to 17:30; Saturday and Monday - 10:00 to 13:00, 14:00 to 17:00
Admission: charge, discounts for children

Address: Finewell Street, Plymouth, Devon, PL1 2AD, England, UK
Tel: +44 (0)1752 66 1414
One of the city's most historic houses, the Prysten House was completed at the very end of the 15th century and has changed greatly over the past 500 years. Built of limestone and retaining much of its original charm and character, Prysten House contains a number of interesting attractions, including a top restaurant and a famous tapestry, which is enormous and worth seeing in the flesh.
Open hours: April to October, Monday to Saturday, 10:00 to 16:00
Admission: charge, discounts for children