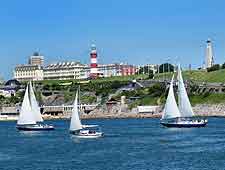 Plymouth's history really only began in the Middle Ages. A small fishing village grew up here, taking advantage of its situation between two sea inlets.

In 1254, the medieval town was granted a charter. Plymouth had finally arrived on the map of English towns.

By the 16th century, Plymouth had grown into a fair-sized town. Daily activities mostly centred on a flourishing fishing industry, along with the import and export of fruit, sugar, hemp, hops and wine.

Tudor Plymouth is, however, perhaps best known for the story of Sir Francis Drake, who in 1588 famously played a game of bowls on Plymouth Hoe while waiting to do battle with the Spanish Armada. In 1620, the town once again made its mark on history when a group of English Dissenters, known as the Pilgrims, departed from the Mayflower Steps to journey to Massachusetts. 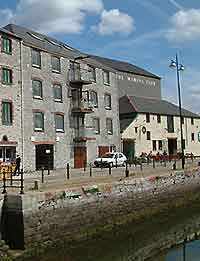 It is thought that King Charles II first suggested the building of a dockyard at Plymouth. However, it wasn't until after 1688 that the city actually came to be established as a royal dockyard. The growing importance of England's navy led to further improvements.

By the 1750s, a new town known as Plymouth Dock had to be built to accommodate dockworkers. In 1789, King George III even paid the new Royal Dock a visit. By now, Plymouth had become so busy that the town gates had to be knocked down to accommodate the extra traffic. The construction of Stonehouse Bridge and the launching of a ferry to Torpoint also helped alleviate congestion.

By the 19th century, Plymouth consisted of three settlements - the Old Town, Devonport and Stonehouse. From the 1850s, a fourth - the suburb of Morice Town, was added. Despite the expansion of Plymouth, however, overcrowding was still a problem. As the century progressed, life in the city did gradually improve. Sewers and new public amenities were built, and improvements made in public transport. The rate of development must have been quite astonishing for residents at that time, moving from the introduction of horse-drawn buses in 1832 to the arrival of the railway just 16 years later. 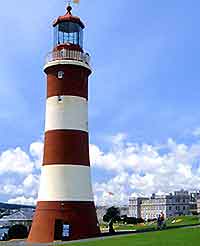 Although a prominent naval city, Plymouth was still also a major commercial port. Indeed, its new Great Western Docks, designed by the engineer Isambard Kingdom Brunel, were built in 1850. Plymouth was also the departure point for many emigrants, bound for the Americas and Australia.

Plymouth finally achieved a sense of unity with the joining of Devonport and Stonehouse to the old town. In 1928, it was finally granted city status and by 1935, had its own Lord Mayor.

During World War Two, Plymouth's dockyards made it a major target for German bombers. The city suffered some 59 raids, destroying housing and killing over 1,000 civilians. After the war, a plan to totally rebuild the city included new housing estates and shopping centres. Building work continued apace from the 1950s to the present day. Likewise, whilst the 1960s saw the closure of the shipbuilding yards, the city's naval facilities have continued.