Getting Around, Lake District Travel, Transport and Car Rental 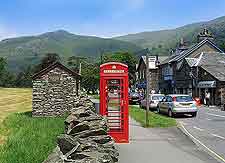 Since the Lake District covers a large and spreading area, you will likely need to plan your transport options before arriving, unless you simply intend to travel to your chosen destinations by hiking. Many visitors find that the freedom of bringing their own car to the Lake District is hard to beat, although bus transport is never far from hand and a very reasonable alternative.

For those wishing to travel short journeys, the towns around the Lake District come complete with their own taxi transport. Those planning to travel longer distances will find the trains connect the main lakes, including Derwent Water in Keswick, and Windermere. 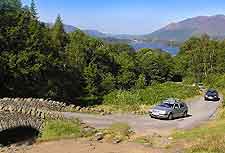 The nearest airport to the actual Lake District is Blackpool International Airport (BLK) which lies 97 km / 60 miles to the south of Windermere, close to Perston and Kirkham. Blackpool Airport is served by a number of airlines, including Aer Arann, Jet2, Manx2 and Ryanair, flying to cities such as Alicante , Belfast, Dublin, Faro, Geneva, Ibiza, Menorca, Palma de Mallorca and Tenerife. Coach transport connects the Lake District, while further afield, you can travel to Newcastle Airport in around two hours, and Leeds, Liverpool and Manchester airports within three hours.

Visitors planning to drive to the Lake District will likely travel along the M6 motorway, which skirts the easterly side of the region and runs between Coventry and Carlisle. Those arriving from Leeds will do so along the A65. Bringing your very own set of wheels certainly is the most popular mode of transport chosen by tourists, although it is worth noting that the slow, winding roads can make journey times a little longer than often expected. Car parking fees can also be expensive in the main towns around the lakes and walking routes.

Local bus transport in the Lake District travels along multiple bus routes, with most being run by Stagecoach. This rural region sees buses running around the valleys and to the top tourist destinations, such as Ambleside, Cockermouth, Coniston, Hawkshead, Kendal, Keswick and Windermere, and further afield to Penrith. 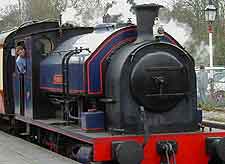 Windermere's railway station is well located for those planning to explore the Southern Lakes, with trains travelling along the West Coast line and to the Oxenholme station. Trains in the Lake District also connect the northern lakes, with stations at Keswick and Penrith, as well as Barrow-in-Furness and Carlisle, passing a number of seaside towns and coastal scenery along the way.