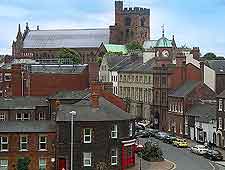 Close to the Lake District and around Cumbria, many possible excursions present themselves to day-trippers, with some of the main attractions including Alston, Carlisle, Kirkby Lonsdale, Penrith and Preston. Once the proud Cumbrian capital, Penrith is today a small and quiet town within easy reach of the Lake District, with its low-key attractions offering little to remind visitors of its former status and past importance.

The Yorkshire Dales are just a short distance to the south-east of the Lake District and is an especially beautiful area, comprising expansive moors, high hills, huge valley attractions and small streams. As you explore the Yorkshire Dales, you will likely see traces of ancient settlements and encounter some friendly small villages. 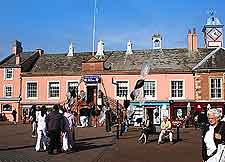 Carlisle is just a short distance to the north of the Lake District and close to Dalston, Hayton and Wigton. This handsome town is filled with characterful red sandstone buildings and attractions, with Carlisle Castle being constructed on the site of a former Roman fortress and dating as far back as the late 11th century. The city's 12th-century cathedral is another highlight, as is the Guildhall Museum and the Tullie House Museum.

A rather isolated town located within the North Pennines, Alston is surrounded by areas of extreme natural beauty. The streets of Alston are especially charismatic, being cobbled and hilly, and lead off the central marketplace. They have actually featured in a number of film adaptations, including Oliver Twist. There are a surprising number of pubs in Alston, considering that this is really only a small town, with live music on some nights and plenty of hearty pub grub. 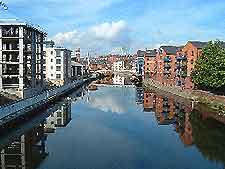 An exciting and lively city, Leeds ranks as one of the most visited cities in the whole of the United Kingdom and although is it hardly next door, excursions by both rail and road are quite possible. The attractions of Leeds are often based around its restored waterfront, Victoria Quarter and Millennium Square. Harewood House is one sight that stands out and this magnificent 18th-century manor house is well worth exploring, for its beautiful Capability Brown landscaped gardens alone.

Kirkby Lonsdale resides on the south-easterly corner of Cumbria, to the south-east of the Lake District and to the west of the Yorkshire Dales National Park. Serving as a popular base for exploring these outlying areas, Kirkby Lonsdale is known for its panoramas, with Ruskin's View next to St. Mary's Church being especially notable. Day trips to Kirkby Lonsdale are especially recommended at the beginning of September, when its annual Victorian Fair takes place and the town is completely closed to traffic. 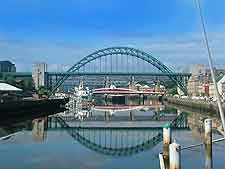 A surprisingly cultural and appealing city, Newcastle is situated directly to the east of the Lake District and is famous for its striking architecture and dramatic bridges, which span the River Tyne. Families will enjoy spending an afternoon at the city's Sea Life Aquarium, Ouseburn Farm, and Diggerland. Sightseers will likely prefer checking out the remains of the Tynemouth Castle and Priory, and also Hadrian's Wall, which dates back around 1,900 years. 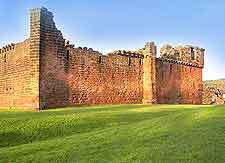 Penrith lies on the north-easterly outskirts of the Lake District and is ideally located for excursions to the Eden Valley and the North Pennines. Each Tuesday, the central square plays host to a busy market, while other attractions include the ruins of Penrith Castle, the town's museums, and the 18th-century St. Andrew's Church, which features its very own medieval tower.

The biggest city within the county of Lancashire, Preston can be found directly to the south of the Lake District and has an undeniable 'northern' character and culture. Preston is home to a number of worthy cultural attractions, including the Museum of Lancashire, the Harris Museum and Art Gallery, the British Commercial Vehicle Museum and the Minster Church. Shoppers will likely enjoy spending money at Preston's Fishergate and Mall shopping centres.

Once home to England's third-biggest port, Whitehaven lies on the westerly outskirts of the Lake District and especially close to Cleator Moor, Distington, Egremont and Workington. Whitehaven is an attractive Georgian harbour town and in recent years has enjoyed something of a makeover, particularly around its marina. Attractions in Whitehaven include the Beacon heritage centre and its exhibits relating to past smuggling and shipbuilding, and the Rum Story, which is housed within an 18th-century warehouse. 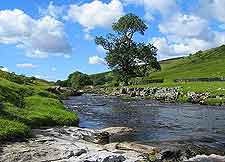 The Yorkshire Dales was made famous when it was used as the setting for the novels and television series, 'All Creatures Great and Small', with the leading character of James Herriott, the local vet. Walking and hiking trails are spread all around the Dales and provide some awesome views along the way, with the Pennine Way being a popular route.