Lake District Weather, When to Go and Climate Information 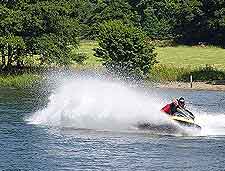 One of the dampest parts of England, the climate experienced in the Lake District is due in no small part to its north-westerly setting and mountainous landscape. Although rainy weather can see the Lake District experience precipitation levels exceeding some 2,000 mm / 79 inches per annum, sunshine is certainly not an unusual occurrence, particularly in the summers, between June and August.

It should also be said that the annual rainfall varies greatly between towns, with Penrith being considerably drier than both Keswick and Sprinkling Tam.

Summer weather in the Lake District may well be a little wet and foggy at times, but many days are fine, with clear blue skies, plenty of sunshine, and temperatures topping 25°C / 77°F, being perfect for camping and outdoor activities, such as hiking. Typical of England, the climate is always unpredictable, and so a rainy day can soon turn into a 'scorcher', and vice versa. 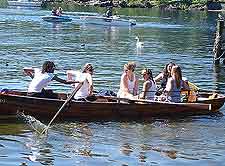 The climate of the Lake District is often referred to as being 'maritime', which means that seasonal temperature differences remain moderate and very gradual.

Much of the wettest weather falls during the winter months, between October and February, while April to June are considered the driest. In particular, May can often be a surprisingly sunny and warm month.