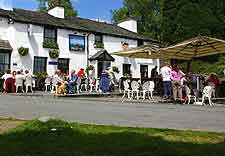 There are many places where you can eat out around the Lake District, with public houses tending to be easier to come by than restaurants, cafes and similar dining establishments.

Many pubs and inns in the Lake District feature their very own dining areas and serve everything from traditional English fish and chips, beef and ale pie, Cumberland sausage and jacket potatoes, to lasagne and chips, seafood dishes and even pizzas. If you are planning a picnic, don't forget to pack your famed Kendal Mint Cake. 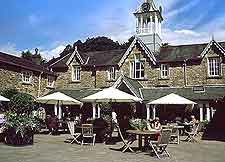 Public houses around the Lake District are in their greatest numbers around Ambleside, Broughton-in-Furness, Cockermouth, Coniston, Ennerdale Bridge, Eskdale, Glennridding and Keswick, the latter of which is where you will find the Troutbeck Inn and its family run restaurant.

Further dining options are also to be found in the Ulverston and Windermere areas of the Lake District. Lake views are especially desirable and the Beech Hill Hotel features a restaurant specialising in local Cumbrian produce, overlooking the easterly side of Lake Windermere and the Coniston Old Man. During the summer months, afternoon tea is available on the hotel's private beach.