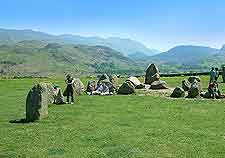 The Lake District and this part of Cumbria encompasses a huge area, with many historical landmarks being dotted around the main towns, being both created by man and the hand of nature. Without question two of the region's most picturesque natural landmarks, the Borrowdale and Buttermere Valleys, are worthy of a look and are a mixture of agricultural views and mountainous scenery.

Located in the peaceful lakeside village of Coniston, the Lake District's much-loved Brantwood House was once the home of acclaimed Victorian author and art critic John Ruskin (1819 to 1900), who famously purchased this property completely unseen. Other landmarks and notable monuments in the Lake District area include the Castlerigg Stone Circle in Keswick, Wordsworth's beloved Dove Cottage in Grasmere, and the Hardknott Castle Roman Fort in Hardknott. 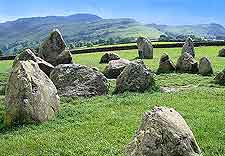 Address: Keswick, Lake District, England, UK
The Castlerigg Stone Circle is amongst the Lake District's oldest and most unusual landmarks, and is thought to date back as far as 4,000 years or thereabouts, being constructed as a Bronze Age meeting spot. Comprising a total of 48 individual stones, the Castlerigg Stone Circle stands atop a hill and overlooks various mountains, including both the Helvellyn and the Skiddaw.
Open hours: daily - 24 hours
Admission: free 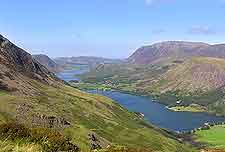 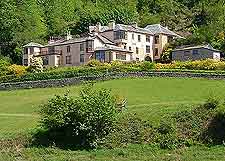 Address: Brantwood, Coniston, Lake District, England, UK
Brantwood House enjoys stunning views across Coniston Water and is surrounded by landscaped gardens spreading for some 247 acres / 100 hectares. Many tourists choose to reach Brantwood by boat, enjoying the splendid views en route. A popular cafe is onsite and next to the lake itself.
Open hours: mid-March to mid-November, daily - 11:00 to 17:30; mid-November to mid-March, Wednesday to Sunday - 11:00 to 15:30
Admission: charge, discounts for students and children 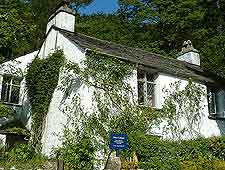 Address: Grasmere, Lake District, England, UK
Dove Cottage stands on the very outskirts of Grasmere, off the A591, and is most famous for once being the residence of romantic poet William Wordsworth, who is known to have written some of his most noteworthy poems here. Formerly a 17th-century public house, Dove Cottage enjoys sumptuous views across Lake Grasmere and offers regular guided tours, which last for around 30 minutes. Conveniently, the Wordsworth Museum is located right next door. After the Wordsworth family left in 1808, Dove Cottage was occupied by English author, Thomas de Quincey.
Open hours: early February to early January, daily - 09:30 to 17:30
Admission: charge, discounts for children 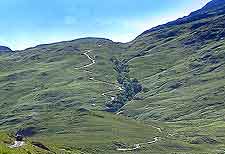 Address: Hardknott, Lake District, England, UK
Reached via the Hardknott Pass, the remains of the Hardknott Castle Roman Fort are almost 2,000 years old and situated in close proximity to Eskdale and the River Esk. The castle site encompasses just over 3 acres / 1.2 hectares and is rather imposing, with the former grandeur being easy to imagine. Close by, the large flat area was once used as a parading ground for the Roman army. The Hardknott Castle Roman Fort stands on land owned by the National Trust, although it is actually managed by the English Heritage association.
Open hours: daily
Admission: free 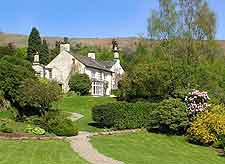 Address: Ambleside, Lake District, England, UK
The house of William Wordsworth from 1813 and until his actual death in the year of 1850, Rydal Mount can be found next to Ambleside and overlooks both Lake Grasmere and Lake Windermere. This 16th-century farmhouse is always popular with Wordsworth fans and features beautifully landscaped gardens, designed by the poet himself. Attractions within this impressive Lake District landmark include a number of original manuscripts, together with authentic period furniture and a host of related memorabilia. Rydal Mount was acquired by the great granddaughter of William Wordsworth in 1969 and has remained in the family ever since.
Open hours: daily, March to October - 09:30 to 17:00; November, December and February - 10:00 to 16:00
Admission: charge, discounts for students, families, children and groups 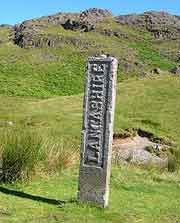 Address: Little Langdale, Lake District, England, UK
The Three Shire Stone is an especially important landmark in the Lake District, since it marks the actual spot where the historical counties of Cumberland, Lancashire and Westmorland all meet. This boundary stone is edged by a series of radiating walks and valley scenery, and is near to the 19th-century Three Shires Inn, where real ale and the promise of hearty pub grub always draw in passing walkers.
Open hours: daily
Admission: free 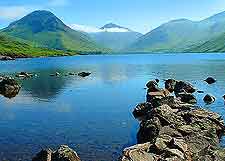 Address: Wasdale, Lake District, England, UK
Now under the ownership of the National Trust, Wast Water is an English record-breaker, being the deepest lake in the whole of England (almost 80 metres / 262 feet). Framed by a number of towering mountains, such as the Great Gable and the Scafell Pike, Wast Water is an outstanding example of a glacial valley lake and can be reached by either the coast, or the Hardknott Pass. Wasdale Head lies at the northerly side of Wast Water.
Open hours: daily
Admission: free