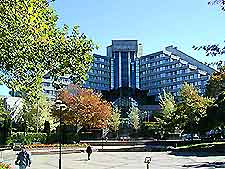 Christchurch enjoys an increasing selection of cheap accommodation, with both hotels and youth hostels being based within a comfortable ten-minute walk of Cathedral Square. A good selection of budget lodging is also to be found around Latimer Square, and a number of friendly guest houses lie directly to the east of this area.

Several accommodation options are also conveniently close to the beautiful Christchurch Botanic Gardens on Rolleston Avenue, and it is here where the YHA Rolleston House Backpackers Hostel is to be found, alongside the Canterbury Museum. When booking hotels in Canterbury, do bear in mind that the busiest tourist season is during the summer months, which in New Zealand is actually between December to February, and room rates rise according to this increased demand. 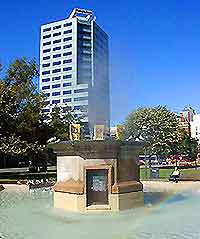 Budget travellers will be pleased to hear that there are well over 100 motels spread around Christchurch, with the highest concentrations being found along Bealey Avenue, Oxford Terrace and Riccarton Road, close to Hagley Park. At the other end of the lodging spectrum, luxury accommodation resides in the very heart of the city, around Cathedral Square, where you will encounter the likes of the elegant five-star Millennium Hotel, and the four-star Heritage and Novotel Hotels.

Mid-range lodging in Christchurch is clustered around Gloucester Street, Bealey Avenue and Papanui Road, all of which are full of appealing and affordable accommodation, where modern hotels come with excellent facilities. On the corner of Cashel Street and the High Street, the recently refurbished Holiday Inn City Centre is especially notable, as is the Ibis Hotel on Hereford Street, and the Grand Chancellor on Cashel Street - which is actually the second-tallest building in the city, boasting spectacular views across the Canterbury plains and as far as the Southern Alps.