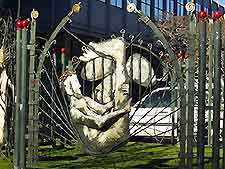 The communities of lesbian, gay, bisexual and transgender (LGBT) New Zealanders in Christchurch now enjoy equal rights in all aspects of life. Civil unions have been permitted since 2005, and same-sex marriages came along as recently as 2013.

The gay scene in Christchurch is fairly understated and the majority of the bars and nightspots in the city choose to welcome a mixed crowd of punters. However, the devastating earthquakes of 2010 and 2011 resulted in much damage to many of the venues and caused a number to shut up shop, while others were able to relocate during the necessary repair and renovation period, or just simply moved to a new location altogether.

Notable LGBT Gay venues in the city include: 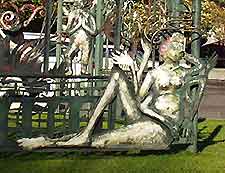 For more LGBT news and information, the Christchurch Star, a free broadsheet newspaper that is published twice a week, often includes a useful dedicated 'Events and Festivals' section. The Gay Express New Zealand website is also a very useful resource tool, supporting the entire country's LGBT population since it was first established in 1998.

With such a large and dense population, Christchurch enjoys an extensive calendar of things to do, with a number of these events targeting the local gay community. Each year at the end of October and the start of November, the Christchurch Gay Pride Festival is a major highlight and lasts for an entire week, comprising a Pride Walk, special restaurant evenings, lots of fun and colourful themed parties, live music and cabaret acts with drag queens.

Also worth looking out for in Christchurch is the film extravaganza named 'Out Takes: A Reel Queer Film Festival'. This involves the screening of an assortment of international films in late May until early June, and also takes place in both Auckland and Wellington.