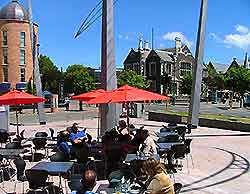 Christchurch is one of the most important cities on the South Island of New Zealand and is part of the Canterbury area. The city is divided up into various neighbourhoods, such as Christchurch city centre and the main Central Business District (CBD).

At the heart lies Cathedral Square and much of the city is divided up into areas in relation to this important landmark, such as North, South, East and West of Cathedral Square.

On the east coast of Christchurch lies the city's impressive Estuary of Heathcote and Avon River, and the magnificent coastline of New Brighton and the Southshore, with many popular beaches being based around the Sumner district and Pegasus Bay. 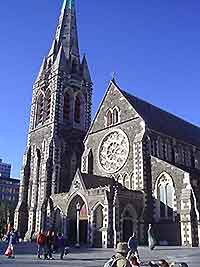 Cathedral Square, in central Christchurch, is dominated by the spectacular Christ Church Cathedral, and is surrounded by the 'Four Avenues' of Bealey, Fitzgerald, Moorhouse and Rolleston, which form the backbone of the Central business District (CBD).

With a mixture of Victorian buildings, Gothic-style architecture and striking contemporary structures, central Christchurch is the hub of the city and where you will find many of Canterbury's most-visited tourist attractions and historic landmarks, combined with an excellent selection of hotels, shopping centres, restaurants and lively street cafés, particularly along Oxford Terrace. With the scenic Avon River running through the heart of the city centre, there are also many peaceful picnic spots, gardens and parks nearby.

A large network of shopping streets and districts spread outwards to the north from Cathedral Square. Of particular interest is New Regent Street, which dates back to the 1930s and features some of most stylish cafés and shops in Christchurch. Nearby, Victoria Square is edged by the Avon River and the striking Town Hall. Also, the modern Christchurch Convention Centre resides close to Victoria Square, where it regularly hosts many of the city's premier events and festivals. 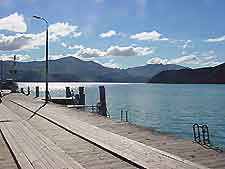 To the south of Cathedral Square you will find many excellent sports facilities, including the popular Addington Raceway horse racing track in the Addington district.

One of the main attractions east of Cathedral Square is without doubt the striking Jade Stadium, the top sporting venue in Christchurch, with a capacity of around 30,000 people. Home to many major rugby games, cricket matches and large events, the Jade Stadium is also often referred to as Lancaster Park by locals. Further east of Cathedral Square is the Bromley district, the Te Huingi Martu Wildlife Reserve and the spectacular New Brighton coastline.