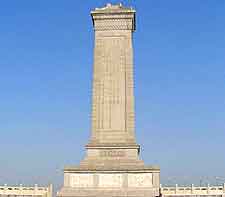 Since the first walled city, Ji, rose in the 11th century BC, Beijing has remained at the heart of Chinese civilisation. It was often the capital city for whoever was running the province at the time, and even today has emerged as modern China's administrative capital.

Packed with culture and history, Beijing offers a tantalising glimpse into the many facets of mysterious China.

Beijing started out as the capital of the State of Yan, one of the big powers during the Warring States era of 473 to 221 BC. Although the Yan eventually fell, the city's conquerors liked the location sufficiently that it was subsequently made the prefectural capital of the region during the following Qin, Han and Jin dynasties.

Things really changed for Beijing's history when Mongol forces burned the city of Zhongdu to the ground in 1215. Following this, in 1264, Kublai Khan, a relation of Genghis Khan, built his new territorial capital of Dadu right next to the levelled city, around today's landmark of the Drum Tower, in the northern part of the city. The Mongols continued to rule for the next century, until the first Ming emperor razed the city in 1368.

The third emperor of the Ming Dynasty, Yongle, changed the city's name to Beijing in 1403 and gave it co-capital status alongside Nanjing. Yongle was responsible for starting the Forbidden City project, which was completed in 1420 and remains one of the world's most stunning architectural creations. Once the Forbidden Palace was built, the city officially became the capital of the Ming Dynasty. Of interest, 13 of the 16 Ming emperors are buried just outside the city. 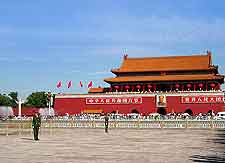 It is believed that Beijing was the world's biggest city from 1425 to 1650. Most of modern Beijing's shape was created during the early years of the Ming Dynasty, with notable landmarks like Tiananmen Square and the Temple of Heaven being built during this time.

When the Ming era came crashing to an end in 1644 due to a peasant revolution, the Qing quickly stepped in to become China's new rulers. They held on to the city until the Second Opium War (1856 to 1860) saw French-Anglo forces loot and burn the city's two summer palaces in 1860. Some 40 years later, in 1900, Beijing's history was again shaped by the Boxer Rebellion, which heralded the end of dynastic China and the beginning of a new state.

During the Republican era, Beijing went through a rough patch brought about by warring Chinese powers and Japanese occupation of the city in 1937. When Mao Zedong won back control of China in 1949 and instituted the People's Republic of China, Beijing was once again tapped as the national capital of the new country.

Today, it continues to be on the frontline of China's evolution, with internal struggles like the Tiananmen Square incident of 1989 and more recently, its designation as the host of the 2008 Summer Olympics, marking memorable moments in Chinese history. As China continues to discover its latest role in global geopolitics, the history of Beijing will be sure to evolve in step.