Lying on the northern side of California and within relative proximity to the Napa Valley area, the city of Sacramento is actually the state capital, despite being somewhat dwarfed by the considerably larger cities of Los Angeles, San Diego and San Jose. In fact, Sacramento is only the six-largest city in California, although it does rank as the state's most historic incorporated city.

For tourists, it is Old Sacramento that holds the greatest appeal, with its cobblestone streets and historical buildings dating from the middle of the 19th century. Highlights here include the Big Four Building, the BF Hastings Building, the Eagle Theater and also the Lady Adams Building.

If you are trying to find your way around Sacramento, then you may like to obtain maps of the city.

Maps can be found upon your arrival at the Sacramento International Airport and also at the visitors center along J Street, which is just down the road from the California Peace Officers' Memorial. 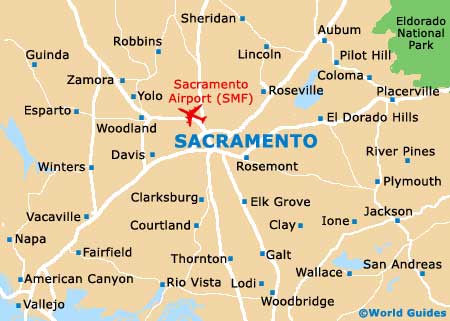