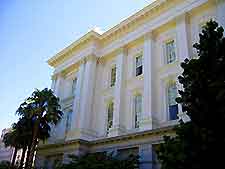 California's capital city, Sacramento plays an interesting role in this diverse state. Although it's the political brains, all of the star power resides far to the south, in Los Angeles, or west, in San Francisco.

This savvy city certainly knows how to stay relevant, having opened its doors during the great gold rush in the 1800s and later evolving into an important hub of trade and commerce.

The flatland where Sacramento lies is a natural spot for settlement. The broad, fertile valley is fed by three major rivers and has easy access to the Pacific coast. Native American tribes had been living in the area for centuries, but when a man named John Sutter arrived in neighboring San Francisco, everything changed for the history of Sacramento.


In 1840, Sutter commissioned his own fort, Sutter's Fort, which is preserved today as a National Heritage Site. As Mexico and America jockeyed for control over California, Sutter enjoyed his own little fiefdom, New Helvetia, employing Native Americans as soldiers and maintaining absolute authority under the auspices of the Mexican government. This all changed with the 1848 Bear Flag Revolt, an act that heralded the new era of California as a state of the Union.

The California gold rush was sparked in 1848 with the discovery of gold at Sutter's Mill, which is still a popular town for weekend getaways in the Sierra Nevada foothills. Sacramento began its modern history around the same time, when a settlement was built near the confluence of the rivers flowing out of the Sierras.

Nowadays, a dozen of these original gold mining towns still exist in the foothills just east of Sacramento. Their small communities are largely made up of artists, entrepreneurs and business owners, who cater to the steady flow of tourists driving through the Gold Country to enjoy the history and scenery. 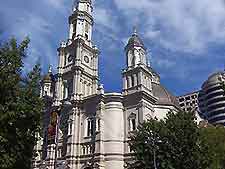 First the Pony Express, then the Transcontinental Telegraph and finally, the Transcontinental Railroad kept Sacramento in the loop in terms of sending supplies back east. Everything from wheat and fruit to gold and timber was shipped from Sacramento, either to the port in San Francisco or towards the Midwest and onwards.

With the prospect of jobs came waves of immigrants who established the original core of the city and helped to shape Sacramento's cultural history. The Old Sacramento State Historic Park is one such neighborhood, preserved exactly as it looked in the late 1800s, yet still functioning as a place of business and leisure. The two World Wars brought even more manufacturing work to the city, as well as soldiers and workers.

Modern Sacramento is a place of politics, business and higher education. It is a well-rounded city with many students based at its California State University, helping to create an ethnically diverse community. Tourists come to enjoy the trendy downtown scene and river cruises along the scenic Sacramento River. Historic architecture fills downtown, with iconic structures like the Big Four Building and the BF Hastings Building standing out in particular.

With its professional basketball team, a lively theater arts scene, excellent museums and a range of world-class performing arts groups, Sacramento's present history is firmly on track to ensure it remains one of America's most pleasant cities to both live in and visit.