Getting Around, Trinidad Travel, Transport and Car Rental 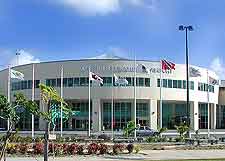 A huge island with a large number of cities, towns and beaches, Trinidad offers tourists a very comprehensive transport network. Many roads connect all of the main places of interest around Trinidad for you to travel to your chosen destination by car, bus or local taxi.

There are taxi stands situated at most resorts and it is worth noting official taxis always feature licence plates prefixed with a 'H', standing for 'hire', and in most cases do tend to travel along fixed routes. Ferry transport is also available around the coastline of Trinidad, with daily ferries travelling to Tobago (Scarborough) and also water taxis linked to both Port of Spain and San Fernando. 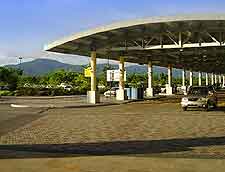 Address: Trinidad, West Indies
Tel: +1 868 669 8047
Trinidad Piarco International Airport serves the island well and this important facility is to be found on the northern side of the island, some 27 km / 17 miles from the capital city, Port of Spain, and close to Arounca, Piarco, Maloney, Saint Helena and Trincity. Regarded as one of the leading and most modern of all the airports within the Caribbean, Trinidad Piarco International Airport has been in existence for around 80 years and features a relatively new North Terminal, complete with its very own shopping mall. Caribbean Airlines serves the largest number of global destinations, which include Antigua, Barbados, Fort Lauderdale, Kingston, Miami, New York, Saint Maarten, Tobago and also Toronto, amongst others. British Airways also travel here and fly to and from both London and Saint Lucia. Ground transport at Piarco is quite limited and comes in the form of hotel shuttles and taxis, as well as car rental. 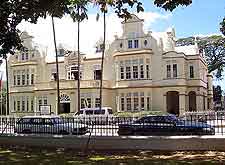 Those who choose to rent a car upon arrival at Trinidad Piarco Airport really do have the whole island available to them. The network of roads is excellent and connect all of the main towns and resorts, such as Arima, Chaguanas, Maracas Bay, Point Fortin, Pointe-a-Pierre and of course, Port of Spain. However, being the island capital, Port of Spain is always busy and so congestion is to be expected at times, especially around Independence Square. There are actually two main highways on the island and these head in both a north-south and east-west direction respectively. 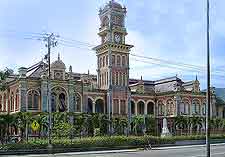 Public buses are always an inexpensive transport option on Trinidad, although it is worth noting that the departure times can be rather spaced out. Buses travel throughout the island and most are fully air-conditioned, with tickets being offered for purchase at all of the bus terminals.

Maxis are an increasing popular alternative to public bus transport on Trinidad and these private minibuses travel along the main island routes, collecting and dropping off passengers where required, carrying anywhere up to 30 passengers. Easy to spot, maxis are always white in colour, with a bold horizontal stripe in either black, green, red or yellow, with this particular colour usually identifying the route. Air conditioning on maxi buses is not commonplace and so when crowded, they can often become a little hot and stuffy. 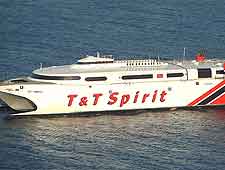 A number of ferries are available from Trinidad, with weekly ferries running to the Guiria port on mainland Venezuela.