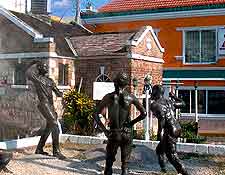 Most of the landmarks and heritage sites in Montego Bay tend to relate to the anti-slavery movements of the 19th century.

Sam Sharpe is a recurring figure, and his image is splashed across many of the city's memorials. The most concentrated set of memorials is located at Sam Sharpe Square, where visitors can almost visualise and hear the sights and sounds of colonial Jamaica.

Opposite this, the Montego Bay Civic Centre is the best place to get an idea about the future of Jamaican culture. 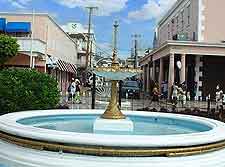 Address: Corner of Market Street and St. James Street, Montego Bay, Jamaica, JM
Established in honour of the freedom fighter who launched an early slave rebellion, Sam Sharpe Square was formerly called the 'Parade'. Situated at the centre of town, visitors will have plenty of opportunity to visit this site. The main attraction is a statue that memorialises Sam Sharpe.
Open hours: daily - 24 hours
Admission: free 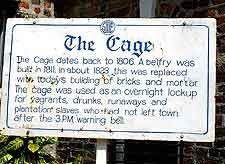 Address: Sam Sharpe Square, Montego Bay, Jamaica, JM
This is another fixture on Sam Sharpe Square. 'The Cage' was built in 1807 and used to house town miscreants as well as runaway slaves. Today it serves as both a heritage structure and a reminder of the sacrifices that were made to rid the island of slavery.
Open hours: daily - daylight hours
Admission: free

Address: Sam Sharpe Square, Montego Bay, St. James, Jamaica, JM
Tel: +1 876 952 5500
The Montego Bay Courthouse was built in 1774 and is best known as the place where Sam Sharpe was tried. Sharpe was born a slave, but was allowed to receive an advanced education so that he could serve as deacon in Burchell Church. He went on to lead the slave rebellion known as the Christmas Rebellion, or the Jamaican Baptist War.
Open hours: daily - daylight hours
Admission: free

Address: Sam Sharpe Square, Montego Bay, Jamaica, JM
Tel: +1 876 952 5500
The Civic Centre is a new and attractive building on Sam Sharpe Square. It was built over a portion of the old courthouse and operates a range of exhibits. All of the displays focus on the heritage and culture of Montego Bay, as well as the important role this city has played in Jamaican history.
Open hours: Tuesday to Friday - 09:00 to 17:00, Saturday -10:00 to 15:00, Sunday - 12:00 to 17:00
Admission: free