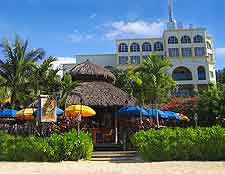 Since the legendary explorer Christopher Columbus first dropped anchor in Montego Bay, its history has been directly linked to the development of Jamaica.

As the hub of the island's vast sugar industry, the city has been the site of wealthy plantation barons and slave uprisings, and most recently it has become something of a hot spot for tourism, being famous for its idyllic beaches.

It is well-known that Christopher Columbus was the first European to sail into the bay in 1494, claiming it for Spain and naming it the 'Gulf of Good Weather'. The Spanish used it as a small port for exporting lard, called 'manteca' in Spanish, from the wild pigs that roamed the hills behind the bay. This led to its English name, Montego Bay, or the 'Bay of Lard'. 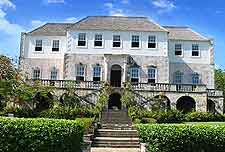 The Riches of Sugar

In 1655, a British expedition forced out the Spanish and established the parish of St. James that would evolve into the most prosperous region of Jamaica.

At the core of this success was sugar, and the handful of sugar barons who owned the plantations became wildly rich on the backs of African slaves. They built lavish homes, churches and other buildings in Montego Bay, most of which were ultimately destroyed by natural disasters, such as hurricanes and fires. As a result, little of the early history of Montego Bay is clearly understood or documented. 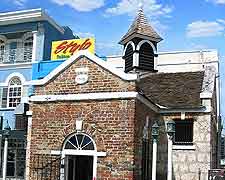 The slave uprising in 1831, known as the Christmas Rebellion or Baptist War, was a pivotal point in Montego Bay history. African slaves, tired of their brutal living conditions and endless work, rose up and burned most of the sugar plantation estates to the ground. British troops stationed here managed to halt the revolt, and its leader Samuel Sharpe, was made an example of, being hanged in the centre of the city.

The Christmas Rebellion in Montego Bay was the last major slave uprising on Jamaica. Two years later, in 1834, slavery was abolished on the island and all of the slaves were set free. In 1975, Samuel Sharpe was proclaimed as nothing short of a national hero and the central square was renamed in his honour. 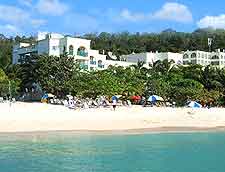 Rebirth as a Health Retreat

Following the emancipation history of Jamaica's slaves in 1834, the island's sugar trade all but vanished. Montego Bay slipped into a period of obscurity until the late 1880s, when a sanatorium was built at Doctor's Cave Beach. Wealthy Brits and Americans began to visit the health retreat to rest and recuperate, leading to the eventual development of tourism in the area.

An American airstrip built by the military just east of the city during WWII opened up Montego Bay to larger scale tourism. In the years that followed the war, holiday makers began to discover the beauty of the region's beaches. The city went upscale as chic resorts at Tryall and Round Hill were built in the 1950s and 1960s, together with golf courses.

Also at this time, many of the more wealthy locals chose to build holiday homes in the hills above the bay. Today, the city serves as the chief springboard for trips to Cuba, since Americans and US flights are not permitted to have direct access to Havana. 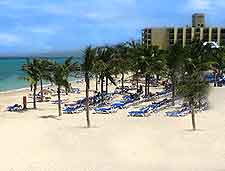 In the 1960s, the bay was dredged to create the Montego Freeport. This new port was deep enough to allow cruise ships to dock and a new breed of tourist began to visit Montego Bay. The 1990s proved to be a rough decade for the resort, as the city deteriorated somewhat, while conversely, other Jamaican destinations rose and became more popular.

A recent makeover of the city and its buzzing Gloucester Avenue has restored the former glory to Montego Bay and put it firmly back on the radar of holiday makers heading to Jamaica for sun and fun.