Aberdeen Weather, When to Go and Climate Information 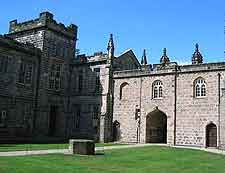 Aberdeen's oceanic climate results in it being surprisingly mild on average, for such a northern European city. Its northern latitude, however, does mean very short days in the winter, with as few as seven hours of daylight during the winter solstice. By the end of January, daylight lasts for over eight hours and by the early summer months, the city enjoys some 18 daylight hours and eerie nautical twilight for the rest of the night.

The climate in Aberdeen is moderated by its coastal position, with average winter temperatures ranging from 6°C / 43°F to 10°C / 50°F and summer temperatures of between 11°C / 52°F and 18°C / 64°F. The downside of its unprotected coastal position is that biting winds and driving rain from the North Sea sweep in across the city, especially in winter.


Although the rainy weather is heaviest in October and November, average rainfall during the year isn't excessive and falls evenly through the summer and winter months. Winter snowfalls occasionally occur, but snow rarely stays on the city's streets for long. 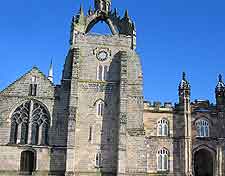 With its high number of diverse attractions, Aberdeen is an all weather destination, although, if touring ancient castles is on the agenda, dodging the rain might be necessary from time to time. Travelling to a northern UK city does involve packing warm day and even warmer night-time clothing, as well as waterproof shoes, even during the summer climate.

Rainwear will be useful year round, as rainfall here is distributed fairly evenly across the months and only peaks in October and November - not the best times to arrive if outdoor pursuits are on the agenda. If you are planning to travel around the high country in winter, be sure to dress sensibly, since temperatures can drop dangerously low, particularly at night.