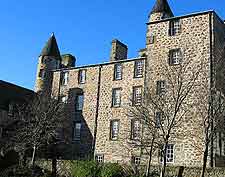 Museum buffs on a visit to Aberdeen are spoilt for choice, since there is a particularly diverse range of subjects covered here. Many of the city's best cultural offerings reside within old houses, important buildings and grand mansions, which often stand out as attractions in their own right.

From celebrations of the city's long history and its maritime connections, to traditional farming life and Scotland's Catholic heritage and more, there's plenty to keep visitors fascinated. Old Aberdeen, of course, is an architectural museum of the city's heritage and you can easily spend many hours here simply walking around, admiring the fine facades. 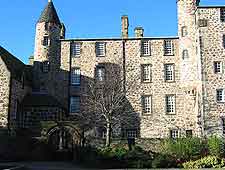 ***Currently closed until further notice***
Address: Guestrow, Aberdeen, Guestrow, AB10 1AS, Scotland, UK
Tel: +44 01224 641 086
Dating from 1545, Lord Provost Skene's House, a superb example of early burgh design, is one of the few such left in Aberdeen, with its medieval turrets offering a refreshing contrast to the surrounding modern architecture. The period rooms of this characterful town house are a museum of life in the 16th and later centuries, and its fine 17th-century carved plaster ceilings are a particular focal point. All the rooms are fitted out with period furniture and decorations, while the Painted Gallery features an important collection of religious art.
Open hours: Monday to Saturday - 10:00 to 17:00, Sunday - 13:00 to 16:00
Admission: free 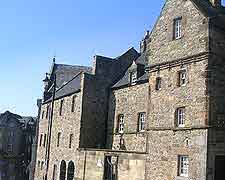 Address: Shiprow, Aberdeen, AB11 5BY, Scotland, UK
Tel: +44 01224 337 700
Set overlooking the Aberdeen Harbour, the Maritime Museum celebrates the city's long association with the sea and incorporates another 16th-century burgh house, Provost Ross's House - the most historic building in the entire city. Displays include unique artefacts covering the city's shipbuilding and fishing port history, the forming whaling days, and the spectacular China Clippers, the fastest and most beautiful sailing ships ever built. The section on the modern offshore oil and gas industry is the only such in the UK.
Open hours: Tuesday to Saturday - 10:00 to 17:00, Sunday - 12:00 to 15:00
Admission: free 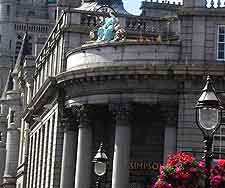 Address: Castle Street, Aberdeen, AB10 1EX, Scotland, UK
Tel: +44 01224 523 653
This fascinating museum is set in the ancient Tolbooth, one of the city's oldest and best-preserved buildings, and formerly the city's jail. Displays focus on local history and crime and punishment throughout the ages, with exhibits realistically displayed in the dungeons. The 17th- and 18th- century cells and instruments of torture are notable gruesome highlights of the Tolbooth.
Open hours: Monday to Saturday - 10:00 to 17:00
Admission: free 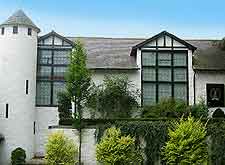 Address: St. Luke's, Viewfield Road, Aberdeen, AB15 7XH, Scotland, UK
Tel: +44 01224 311 200
Set in the former home of celebrated Scottish artist, Sir George Reed, this museum preserves and displays the 200-year history of the famous British Army regiment, the Gordon Highlanders. The regiment was once famously described by Winston Churchill as being the finest on the planet and the wealth of memorabilia on display remembers the glory days of the Highlanders. Exhibits include the pipes and drums of the military band, music, uniforms, silver artefacts, textiles, medals and diaries. The Armoury holds a massive display of weapons old and new. The Gordon Highlanders Museum lies a little outside of the city, being roughly 1.5 km / 1 mile to the west of Union Street and easily reached by bus.
Open hours: February to November, Tuesday to Saturday - 10:00 to 16:30
Admission: charge, discount available for seniors and children 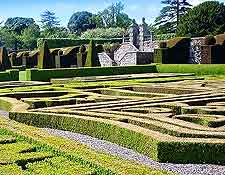 Address: Pitmedden, Ellon, AB41 7PD, Scotland, UK
Tel: +44 01651 842 352
The centrepiece of this agricultural-related attraction is the great formal walled garden originally laid out in 1675. A National Trust property, Pitmedden features over 3,000 plant species and fondly remembers the history of farming in the region. In the Pitmedden Museum of Farming Life is an extensive collection of farming tools, together with some traditional domestic and agricultural artefacts. A woodland walk takes visitors past a lime kiln, ponds, wildlife gardens and quiet picnic areas. The grounds are open daily all year round.
Open hours: May to September, daily - 10:00 to 17:30
Admission: charge 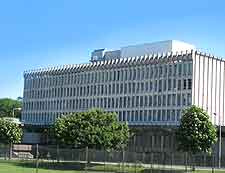 Address: Tillydrone Avenue, Aberdeen, AB24 2TZ, Scotland, UK
Tel: +44 01224 274 330
This impressive collection of zoological specimens is maintained by the university for research, teaching and enhancing public understanding purposes. Exhibits include an egg from the flightless great auk, extinct since the mid-19th century and once a familiar site in St. Kilda (in the Outer Hebrides of Scotland), as well as many other zoological rarities. There is also a cast of the prehistoric coelacanth fish, rediscovered as a living species in 1938 after being thought to have died out many millions of years ago. The marine specimens here are especially interesting.
Open hours: Monday to Friday - 09:00 to 17:00
Admission: free 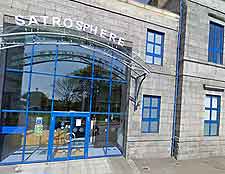 Address: The Tramsheds, 179 Constitution Street, Aberdeen, AB24 5TU, Scotland, UK
Tel: +44 01224 640 340
Sited within close proximity of the beachfront, the Satrosphere Science Centre, or Aberdeen Science Centre as it is often known, is the oldest science and discovery centre currently open in Scotland, being established towards the end of the 1980s. This is a particularly family friendly attraction, with its wealth of interactive exhibits and hands-on fun relating to the world of science. Throughout the year are various shows and workshops, which in the past have concentrated on chemistry experiments, fossils, minibeasts, recycling and marine life. There is also a popular cafe onsite serving up home-baked refreshments, as well as a gift shop packed with science-related books and toys.
Open hours: Tuesday to Sunday - 10:00 to 17:00
Admission: charge, discounts available for children and seniors, children under four year old are free