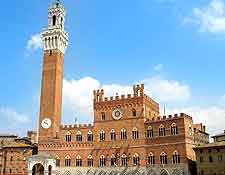 Siena's fine art collections and galleries are one of the many reasons why visitors choose to stay in this beautiful city. From sacred masterpieces to the great works of the Italian masters, there's a great deal to see in the way of art galleries in Siena.

A day trip cannot entirely do justice to the city's museum and gallery collections. Visitors to Siena will discover that it is always worth allowing at least a few days in order to discover their delights at a leisurely pace. Look out for combined entrance tickets, which offer particularly good value. 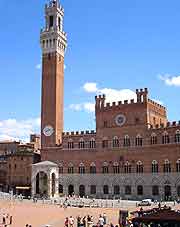 Address: Piazza del Campo, Siena, Italy, IT
Tel: +39 0577 292 263
Located in one of Siena's most important Gothic public buildings, the city's Civic Museum houses an impressive collection of Sienese art and history. Masterpieces include the likes of Martini's 'Maestà, thought to be his first great work on canvas. On the top floor of the museum is a display of the remains of the original Fonte Gaia, a reproduction of which stands in the square outside the museum.
Open hours: daily, mid-March to October - 10:00 to 19:00; November to mid-March - 10:00 to 17:30
Admission: charge, under 11 years old are free

Address: Piazza del Duomo, Siena, Italy, IT
Tel: +39 0577 283 098
The museum is nothing to do with musical operas. An Italian opera is in fact a cathedral works' committee. The earliest evidence of such an institution in Siena is the end of the 12th century. The Museo dell'Opera was set up in 1869 in a space that was created by bricking in the first three bays of the right aisle of the so-called 'New Cathedral'. Its best-known sacred works include a fine collection of marble statues by Pisano, as well as Duccio's magnificent altarpiece known as the 'Maestà'. A whole host of masterpieces are also held within the museums' collection. Visitors shouldn't miss out on the opportunity to climb to the top of the New Cathedral via a staircase inside the wall. Stunning views of the city and surrounding countryside make the effort worthwhile.
Open hours: daily, March to May - 09:30 to 19:00; June to August - 09:30 to 20:00; September to November - 09:30 to 19:00; November to February - 10:00 to 17:00
Admission: charge 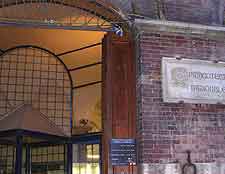 Address: Via San Pietro 29, Siena, Italy, IT
Tel: +39 0577 281 161
Housed within the Palazzo Buonsignori, Siena's National Gallery houses a vast collection of Sienese paintings. Works on display include those by the city's greatest masters, from the 12th to the mid-17th century. Perhaps most notable of these are by Simone Martini and Ambrogio Lorenzhetti.
Open hours: Monday - Tuesday to Saturday - 08:15 to 19:50; Sunday - 08:15 to 13:15
Admission: charge, under 18 years old are free

Address: Via dei Pispini 164, Siena, Italy, IT
Tel: +39 0577 465 17
This museum is unusual in relating art and childhood with a chance to meet people from the world of art and to participate in art activities. The Museo d'Arte per Bambini is well worth a look if you have the time.
Open hours: on request
Admission: free

Address: Piazza Duomo 2, Siena, IT-53100, Italy, IT
Tel: +39 0577 224 811
Santa Maria della Scala was one of the first hospitals in Europe, set up to provide for pilgrims, the poor and abandoned children. No longer in use as a hospital, the building is now managed by Siena's City Council and is home to an extensive art collection. Look out for Lorenzo Vecchietta's paintings in the Old Sacristy, as well as Domenico Beccafumi's lunette in the Chapel of the Mantle. The Hayloft, the Chapel of the Virgin Mary, the Church of the Santissima Annunziata and the Pilgrim's Hall are also open to the public. The underground rooms of Santa Maria della Scala are home to Siena's Archaeological Museum. Visitors can take a break in the museum's bar and bookshop. In addition, there are great views of the nearby cathedral, Siena and beyond from the top floor of the museum.
Open hours: daily - 10:30 to 20:30
Admission: charge, under 11 years old are free