Getting Around, Palermo Travel, Transport and Car Rental 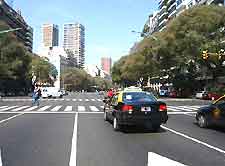 Palermo is relatively easy to get around. The best way to travel between the main sights in the historic centre of Palermo is on foot.

For venturing into other parts of the city, Palermo's public transport system is ideal.

When travelling around Palermo, whether by foot or bus, it is advisable to buy a map of the city, which shows the main visitor attractions and features a useful key. Ferries are also available and transport passengers overnight to and from nearby Naples. 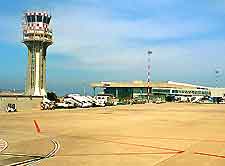 Falcone Borsellino Airport in Punta Raisi is around 30 km / 19 miles from Palermo. The airport offers direct flights from major Italian airports as well as low-cost airline services from some European cities. It is conveniently linked to the city by the Trinacria Express shuttle train and a shuttle bus service. By hire car, the journey takes approximately 30 minutes.

If you're planning to venture out into the countryside around Palermo, then hiring a car gives you more flexibility to choose when and where to travel. Many parts of the inner-city are challenging for motorists who are unused to its narrow roads and busy traffic. The best place to park is on the outskirts of the modern part of the city. The A3 Salerno-Reggio Calabria motorway links Palermo with ferries that depart from Messina. Other major roads link with major Sicilian towns, including Catania and Siracusa.

A large variety of bus services operate from the area around Palermo's main train station. It's worth buying a map if you intend to travel around by local bus, as most stops are noted by their street name. Local bus transport which operates within the city is always orange in colour. In addition, yellow and red bus services operate throughout the day and are aimed especially at tourists. Buses which serve the surrounding towns and villages are generally blue in colour. A direct coach service also operates between Palermo and Rome. This journey is quite long and takes around 12 hours.

The main station in the city is known as the Palermo Stazione Centrale and is located to the south of Via Roma. From there, it is possible to travel to most of Sicily's major visitor destinations, including Catania and Siracusa. Visitors to Palermo from Rome can take a train service, which operates via Naples.

Taxis can be found at Falcone Borsellino Airport and the city's main train station, as well as outside theatres and around numerous central piazzas.

The city is served by overnight ferry transport from Naples, while a shorter trip can be taken by hydrofoil. Palermo also has connections with Genoa, Livorno, Civitavecchia, Salerno and Cagliari. All boat services operate from Stazione Marittima, off the Via Fracesco Crispi.