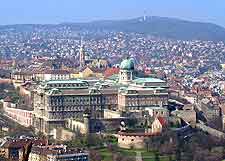 Budapest was on the front lines of the medical tourism movement, attracting patients from Germany, Austria and the UK, at a time when heading overseas was less of an option.

Today, Hungary as a whole has to compete with the growing base of world-class medical facilities in South-East Asia and the Middle East, but Budapest is still a preferred depot for dental operations and elective surgeries. The ratio of savings to distance travelled is substantial for Western Europeans.


The city hosts more than 12 Budapest hospitals with English-speaking staff and fully modern facilities. Many of these are outfitted to accept international insurance plans. These aside, medical tourists are more likely receive service through smaller clinics specialising in dentistry or cosmetic surgery in Budapest, as procedures in these categories are the most popular by far.

There was a time when the main advantage to receiving treatment in Budapest was savings, though the competition coming out of South Asia is fierce these days. Still, patients from the UK can expect to save as much as 70 percent on some procedures, with the option to spend outpatient recovery time exploring one of Eastern Europe's most dynamic capital cities and its thermal spas.

Hungary has a strong reputation for its cutting-edge medical facilities, and it is not an exaggeration to say that patients from abroad benefit from some of the latest breaking techniques and facilities in the industry. Budapest hospitals also enjoy one of the lowest MSRA infection rates in Europe - a mighty feat on a continent known for impeccable sanitation standards.

Surgeons and practitioners in Budapest's hospitals and clinics typically study abroad in the UK and train alongside the same doctors who work in hospitals around Europe. Furthermore, discount fliers from the UK can get to Budapest in just two hours and 30 minutes, making this a much more attractive option than enduring a flight to the likes of Mumbai or Bangkok.

Dental care in Budapest is particularly popular, partly because relatively minor procedures in dentistry become less affordable after paying for a flight to Asia. Cosmetic surgery in Budapest is in the same category, and there are dozens of clinics serving both categories. Orthopaedic surgeries, including hip and knee replacements, are increasingly popular as well.

Hospital care in the city meets mainstream European standards, and world-class facilities are found in Budapest hospitals and clinics, alike. Discount fliers like Wizzair recently started operating routes to Budapest, which has led to European patients coming in greater numbers. The result is an influx of capital which has been re-invested in some of the most modern facilities on the market.

Visitors can expect plush recovery rooms with quite possibly a higher degree of service than they are accustomed to at home. FirstMed Centres is a well-established wellness provider. Visitors can apply for anything from vaccinations to dental work in Budapest and minor elective surgeries, while the ear, nose and throat specialists and allergists are especially busy.

The Buda Health Centre offers more specialised treatments that step outside of the elective realm. This is the most acclaimed centre for spinal surgery in Budapest, and Hungary, and there is no better place in the country to diagnose and treat spinal disorders.