Getting Around, Budapest Travel, Transport and Car Rental 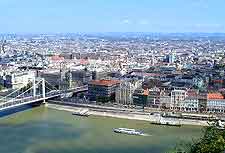 Within the Hungarian capital, the public transport network is operated by Budapesti Közlekedési Zrt, which is better known in Budapest as simply 'BKV' after its former name of Budapesti Közlekedési Vállalat and comprises a number of affordable travel options. Metro trains offer both a fast and cheap way to travel in Budapest, although be sure not to forget to punch your ticket in the relevant validating machines, since ticket inspectors are extremely vigilant.

Buses, trams (streetcars) and also trolleybuses are all available and between each other, transport passengers around almost the entire city and its many suburbs. If you are intending to use the public transport extensively, then purchasing a Budapest Card will make a lot of sense, since it allows free travel, along with hefty discounts at many attractions and restaurants. 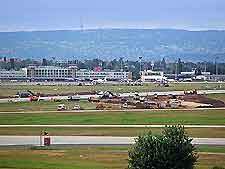 Address: Budapest, HU-1675, Hungary, HU
Tel: +36 01 296 9696
One of Hungary's five international airports, Budapest Ferihegy Airport features annual passenger levels close to nine million and so you can except this facility to be busy, particularly in the summer months when many tourists fly into this area. Some 30 airlines link around 100 different destinations, with the most noteworthy airlines being Air France, British Airways, Malév Hungarian Airlines, Swiss International Air Lines and Wizz Air. Ferihegy Airport is well connected to central Budapest, being linked by the E60 Highway. Public bus transport and Airport Minibuses regularly travel into the city centre, along with Zóna taxis, which gather outside of the main arrivals area and feature a zone-based tariff system. 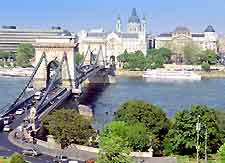 Cars can be rented both at Ferihegy Airport or in the city itself and are great if you are planning to travel outside of Budapest and explore many of the nearby Hungarian attractions, such as the towns of Gödöllö, Ráckeve and Szentendre, and also the extremely popular Statue Park (Szoborpark). However, public transport is really the only way to get around in the city centre, unless you are prepared for lengthy traffic jams. Most hotels offer car parking, and so this is rarely a problem, although if required, do clarify this before booking your accommodation. 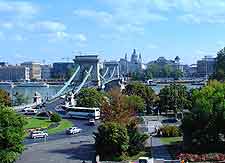 An extensive combined network of buses, trolleybuses and trams serve the region of Greater Budapest, allowing you to travel with relative confidence and for little cost. Bus and tram transport tends to be extremely similar, although in general, trams are slightly quicker and more suitable for sightseeing. Trolleybuses tend to travel around central Pest and are usually more useful for the local Hungarians, although visitors many choose to use a trolley bus to reach either Népliget Park or City Park. 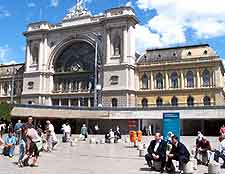 HÉV suburban train transport runs on four separate lines and links the city centre to a number of suburbs, although these routes tend to be largely favoured by the locals. However, the frequent trains travelling from Aquincum to the nearby town of Szentendre, next to the Danube River, may be of interest. There are three underground lines (M1 - yellow, M2 - red, M3 - blue) that make up the Budapest metro network, all of which merge at the Deák Ferenctér station.

Many of the taxi companies in Budapest feature English-speaking staff when you telephone, and so ordering a taxi is often much easier and painless than you might initially expect. City Taxi is amongst the most reputable of all the taxi firms and provides transport at an honest price. Be wary of other taxi companies in Budapest, particularly those queuing up next to the train station, since tourists often end up paying rather hefty fares if they travel in many of these other cabs. If in any doubt, try to agree a price before you step in.