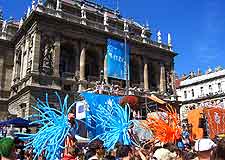 A host of different festivals and traditional Hungarian events take place each year both in and around the city of Budapest, offering tourists plenty of things to see, do and enjoy. Many of the biggest festivals take place at the Budapest Convention Centre on Jagelló Street, which is the biggest venue of its kind in the whole of Hungary.

For some of the best sporting events in Hungary, the modern Budapest Sports Arena (Papp László Sportaréna) is hard to beat and regularly hosts ice hockey games and boxing matches, watched by crowds of up to 12,500 spectators. Others will enjoy the motor racing at the city's world-class Hungaroring Circuit, particularly in July, when the Hungarian Formula One Grand Prix takes place. 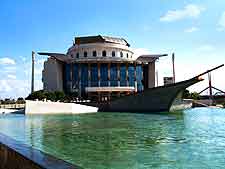 Theatrical performances, live music and film festivals are also plentiful in Budapest, being held in venues such as the Academy of Music, the Belvárosi Szinház Theatre, the Duna Palota (Casino of Lipótváros), the Goethe Institute, the Palace of Arts, and the Nemzeti Szinház (Hungarian National Theatre), which is located within Bajor Gizi Park.