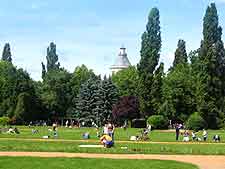 A large number of parks present themselves to those visiting Budapest and are sprinkled all around the city, with many being especially close to the city centre itself and often featuring their very own flower gardens. A true haven for local wildlife, the nearby Budakeszi Vadaspark is close to central Budapest and a great place for nature lovers, while children will enjoy spending time at Csepeli Strandfurdo Park, where open space is plentiful and swimming pools are available, offering a great way to cool down in the hot Hungarian sunshine.

Within Pest, the Karolyi Gardens soon fill up during the summer and is filled with sheltered seating areas, while the jogging trails at Feneketlen Park are often busy first thing in the morning. Later in the afternoon, families often come here to feed the ducks and relax. The biggest park in the whole of Budapest, People's Park is arguably the most important of the city's many public green spaces and its vast size dominates the area. 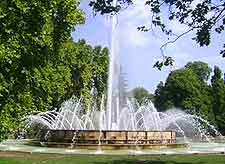 Address: Margitsziget, Budapest, HU-1138, Hungary, HU
Margaret Island is a surprisingly tranquil spot, despite its central position. A number of historic ruins are situated onsite, while also of interest is the eye-catching water tower, pools suitable for swimming, and plenty of space for a run around or impromptu games.
Open hours: daily - 24 hours
Admission: free

Address: 179 Fo Utca, Buda Hills, Budapest, HU-2092, Hungary, HU
Situated just a short drive from the outskirts of Budapest and brimming with native Hungarian flora and fauna, the Budakeszi Vadaspark is worth visiting and features ever-changing seasonal scenery. This is a good spot to come if you are keen on birdwatching and the nature trails lead you past many trees and secluded areas where the wildlife can be appreciated from a distance.
Open hours: April to August, Monday to Friday - 09:00 to 17:00, Saturday and Sunday - 09:00 to 18:00
Admission: free 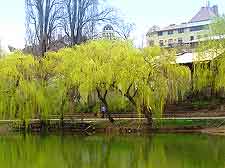 Address: Fadrusz Utca, Budapest, HU-1114, Hungary, HU
A prominent recreational space within Budapest's District XI, Feneketlen Park is one of the main reasons to visit this part of the city. Centred around a large lake filled with water fowl, many recreational activities present themselves here, including fishing, jogging and even tennis, using the various courts provided.
Open hours: daily
Admission: free 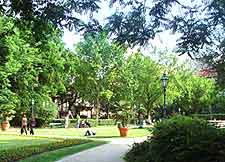 Address: Ferenczy Istvan Utca, Budapest, HU-1053, Hungary, HU
Tel: +36 01 322 4098
Sited within the very heart of the Pest region and offering an important area away from the busy streets, the Karolyi Garden is surrounded by many old and attractive townhouses. Highlights include a children's playground and grassy areas suitable for picnicking in the sun.
Open hours: daily - 24 hours
Admission: free 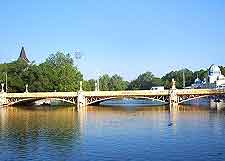 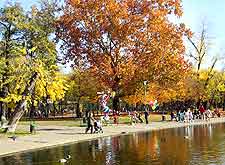 Address: Hosok Tere, Budapest, HU-1146, Hungary, HU
Budapest's City Park is known to many visitors as simply 'Városliget', and was originally laid out in the latter part of the 19th century. The boating lake and onsite Museum of Agriculture (Magyar Mezogazdasági Múzeum) are amongst the main attractions, along with the magnificent architecture of Vajdahunyad Castle.
Open hours: daily
Admission: free