Attractions Nearby Kefalonia and Island Hopping 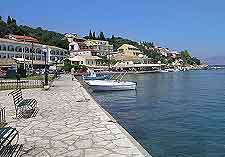 There are numerous ferry connections linking the island of Kefalonia with many nearby Ionian attractions. Although Kefalonia may not be a traditional location for island hopping, many islands are just a relatively short boat trip away, including the attractions of Ithaci, Lefkada, Paxos and Zakynthos.

Each week a number of airlines provide regular flights between Corfu and Kefalonia, connecting these islands with ease. Corfu is actually the second-largest of the Ionian islands, and also quite clearly the most green, and although the island's attractions are really a little too far to make a day trip affordable for most Kefalonian holiday makers. 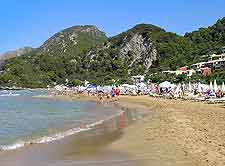 Corfu Town, the island capital, enjoys an especially scenic setting on a peninsula, with imposing fortresses on either side, and many shops, restaurants and museums within the town centre itself. There are so many attractions to explore on Corfu that it really does warrant a holiday of at least a week, when you would be able sunbathe on a different beach every day and still leave many undiscovered, perhaps for your next visit?

Definitely a jewel in the Ionians, Ithaci is thought by many to have been the mythical home of Odysseus (Ulysses), a somewhat legendary Greek king. Ithaci comprises two large peninsulas, which are connected by an isthmus and contain a number of tiny fishing hamlets. Byzantine attractions are in good supply on Ithaci and come in the form of monasteries and churches. Vathy is the main town on the island and from here it is possible to catch a water taxi to Gidaki Beach.

Lefkada was actually once connected to mainland Greece by a narrow strip of land, until a 25-metre / 82-foot canal was dug, which is today spanned by a small causeway crossing. The capital town of Lefkada is located on a promontory, alongside a large lagoon, and features a very relaxed vibe, with a charming plaza, some stunning churches and a very impressive marina, which serves the eminent yachting crowd. Close by, the satellite islet of Meganisi may also be of interest.

The neighbouring island of Paxos may only be 10 km / 6 miles by 6 km / 4 miles in size, but it is certainly crammed packed with interesting attractions and sightseeing opportunities. Paxos is considered by many a tourist to be the most appealing of all the Ionian islands and its three harbour towns of Gaios, Loggos and Lakka are all particularly attractive and pleasantly intimate. Each of these harbour towns has something different to offer, with an imposing Venetian square in Gaios, a quay lined with restaurants in Loggos, and superb yachting around Lakka.

Many holiday makers from Kefalonia choose to venture to Zakynthos. Regular ferries depart from the southerly port of Pessada, reaching Skinari on the northerly coast of Zakynthos in just one hour. Zante Town is the capital of Zakynthos and here you will find numerous beautiful arcades streets, large public squares and Neo-classical attractions, many of which have been reconstructed following the island's serious earthquake in 1953. Particular highlights in Zante Town include the Byzantine Museum on the Plateia Solomou (Solomos Square), and the Museum of Solomos on the Plateia Agiou Markou.