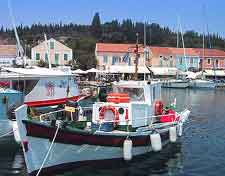 Throughout the country of Greece, religious festivals have become a true backbone to many communities and this is certainly the case on the island of Kefalonia, with the added bonus that many also take full advantage of the beautiful scenery and coastline. All kinds of festivals and religious feast events take place around Kefalonia, with the biggest and best supported being staged at the island's capital of Argostoli.

Some of the biggest of the Kefalonian celebrations and festivals include the Christian Holy events during Easter, when churches are covered with colourful flowers and bay leaves. At the time of the Resurrection, locals on Kefalonia each take home a candle and enjoy a meal of lamb and eggs, which are dyed red. Soon after and on May 21st, the Union of the Ionian Islands is a huge festival of great historical significance, taking place in Argostoli and remember this important date, when the Ionian islands were officially unified in 1864. 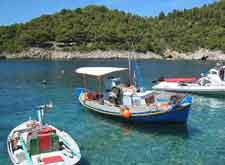 Also in Argostoli, the Theatrical Festival is staged each year in the middle of July and attractions various theatrical groups from across Greece, while also in that month and August are the 'Eortia' events at Sami, which include concerts and traditional Greek dancing.

On August 15th, the Feast Day of the Virgin Mary is simply a huge day on Kefalonia, held in the village of Markopoulo's Church of the Virgin, and falling bang in the middle of the summer season, is something that summer tourists are able to enjoy. This event also goes by the name of the Kefalonia Mid-August Snake Festival, because of the legend saying that baby snakes used to appear in the church each year at this time. Legend also says the Virgin once turned the nuns of the church into snakes, so that they could available an attack by pilfering pirates.

Other very noteworthy festivals on Kefalonia are as follows: