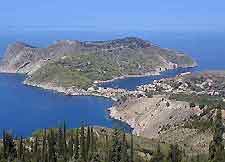 The biggest of all the Ionian Islands, Kefalonia is situated directly to the west of mainland Greece and part of the Kefalonia and Ithaka Prefecture. Surrounded by the Ionian Sea, Kefalonia is relatively close to further islands such as Cerigo (Kythira), Corfu (Kerkyra), Ithaca (Ithaka / Ithaki), Lefkas (Lefkada), Paxos (Paxi) and also Zante (Zakynthos).

Kefalonia is home to a total island population of around 40,000 people, around 9,000 or which reside within the Argostoli, the capital town. Argostoli is an attractive town with a definite Greek appearance, although was never quite restored to its former Venetian splendour and much earthquake damage in 1953.

Within Argostoli, the ferry quay can be found on the northern side of the waterfront, while the bus station stands to the south. Very much central to life in Kefalonia, Argostoli is based around its public square of Plateia Valiano, which is surrounded by mature palm trees and close to the pedestrianised street of Lithostrotou. Maps of Argostoli are by no means essential, but very useful, particularly if your time is limited and you don't wish to lose your way.

Apart from Argostoli, one notable towns and villages on Kefalonia are as follows: 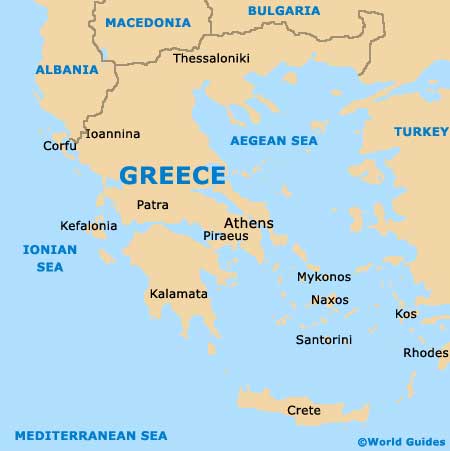