Getting Around, Bordeaux Travel, Transport and Car Rental 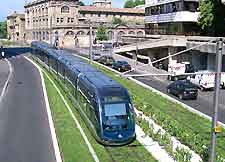 Bordeaux's recently built tram network has boosted public transport and transformed travel in and around Bordeaux.

Combined bus, tram and navette bus tickets are on offer, from single-ride tickets to unlimited passes, which can be used in Bordeaux for up to six days.

Many visitors prefer to explore Bordeaux's tourist centre on foot, particularly as many areas are pedestrianised. 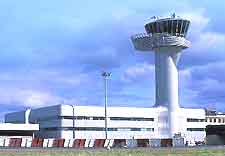 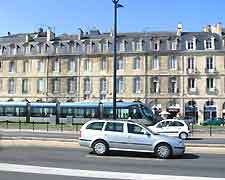 Driving around the city itself is busy, as you'd expect of a city the size of Bordeaux. Car parking spaces can sometimes be hard to find in Bordeaux's centre, although there are a large number of underground car parks. Alternatively, visitors can use park-and-ride facilities situated adjacent to some of the tram stations on the east bank of the River Garonne.

If you're planning to travel around and explore the beautiful Bordeaux region, then it's worth considering hiring a car for at least part of your stay. Car rental is available from the railway station and from Bordeaux Mérignac Airport.

Bordeaux has a well-organised 'navette' bus transport network, which travels regularly through the city centre. These electric buses can even operate in pedestrian areas, and so are a very practical way of travelling between Bordeaux's various attractions. Main bus stops can be found at the main railway station, at the Place Gambetta, and also at the Place de la Victoire.

Regional bus transport also operates from Bordeaux. Most of these buses terminate on the north side of the Esplanade des Quinconces, at the Bus Terminal in Allées de Chartres. Eurolines operates coach transport, which provides an inexpensive way to travel to European cities, picking up from the Rue Charles Domercq, just by Bordeaux's railway station. 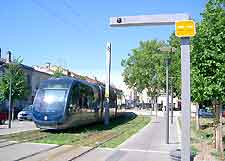 Bordeaux operates a three-line tram network, with services operating between 05:00 and 01:00. Tram transport operates not just in the city centre, but also extends out into the city suburbs, making this a particularly useful way to travel around if you're staying in a hotel on the outskirts of the city. Tickets can be bought at tram stops.

As much of Bordeaux's centre is pedestrianised, taxis have limited use when it comes to getting you all the way to city centre destinations. It's worth noting too that taxi fares are not metered, but should be agreed in advance.