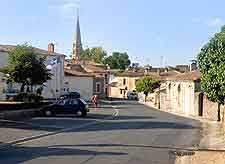 Whilst there is plenty to do in Bordeaux itself, nearby villages and towns also offer a wealth of attractions. Many of these are dedicated to the region's production of wine, including St. Emilion and Sauternes.

Close to Bordeaux is the Atlantic Ocean, another good source of things to do and popular tourist attractions. With its sandy beaches and seaside attractions, the area is particularly popular during the hot summer months. A number of the main attractions nearby Bordeaux are below. 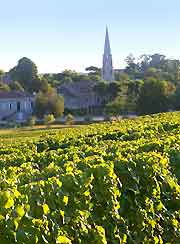 Just 40 km / 25 miles from Bordeaux lies the village of Sauternes. Surrounded by ancient vineyards, as you'd expect, this small village is entirely dominated by one thing only - wine. It is particularly well known for its distinctive golden sweet wine. Sauterne's main tourist attraction is the Maison de Sauternes, which offers tastings, as well as a small exhibition of wine-related objects.

Built in the 13th century as a walled city, the nearby town of Cadillac was intended to defend Bordeaux's main trade routes. Today, part of the town's wall still survives, attracting visitors from Bordeaux. Most impressive is the castle, which stands at the centre of Cadillac. Château Cadillac was built in the 17th century. A paved courtyard, wine tasting rooms and a restored neo-Gothic chapel are some of the castle's many attractions. 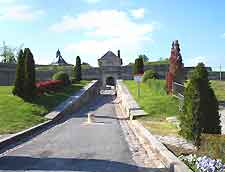 The nearby small town of Blaye is dominated by its citadel. No visit would be complete without a tour of the citadel's walls, from where visitors can get a good view over the estuary and its islands. With its working harbour, Blaye has plenty of character and is a good place to stroll and soak up the atmosphere of small French town life. 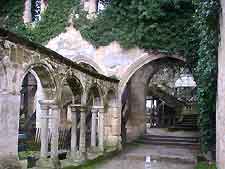 A 40-minute drive from Bordeaux is Saint Emilion. Declared a UNESCO World Heritage Site, visitors to St. Emilion will find that there are plenty of attractions, from visiting its historic monuments and museums, to sampling famous wines produced by some of the Bordeaux region's oldest vineyards. St. Emilion is a charming medieval town that owes its name to an 8th-century hermit, said to have lived in a cave there. 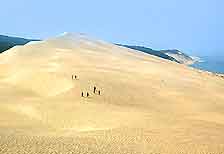 About 60 km / 37 miles from Bordeaux is the Dune de Pyla. At 107 metres / 351 feet in height, this is the highest dune in Europe. Popular with paragliders, the dune's summit offers spectacular views over Arcachon Bay and is worth the effort of reaching the top. It's even said that on a clear day, it's possible to see the French Pyranees. After you've climbed the dune, relax on one of the many sandy beaches that run for some 50 km / 31 miles along the Atlantic coast, often lined with waterfront attractions, cafes and hotels. 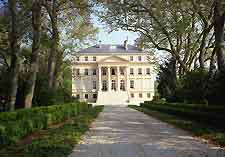 Nearby vineyards and estates make popular excursions from Bordeaux. One such estate is Château Margaux, where fine wine has been for centuries. Today, it retains its reputation as one of the finest, most sought-after red wines in the world, with its vintages changing hands at record prices. Around 30,000 cases are sold each year. Guided tours of the estate and its wine-related attractions should always be booked in advance, if possible.