Bordeaux Weather, When to Go and Climate Information 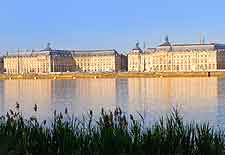 Bordeaux enjoys a temperate climate. Its weather is influenced by its close proximity to the Atlantic Ocean and the warming effects of the Gulf Stream. With over 2,000 hours of sunshine every year, Bordeaux's climate attracts visitors to the city the whole year round, as well as during the hot summer months.

From March to May, the weather is generally pleasantly mild, although rain showers are not uncommon. Many visitors consider spring to be the best time to visit Bordeaux, avoiding the hot weather and crowds of the summer months. 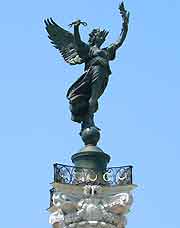 The summer climate in Bordeaux tends to be hot, with plenty of sunny weather to go around. Summer temperatures during the day average 17°C / 63°F, regularly rising to around 26°C / 79°F. Cool nights often bring welcome relief from daytime heat. On the whole, summers tend to be dry, although during July and August, there may be the occasional thunderstorm. Visitors should come prepared for wet weather.

Although autumn can bring wetter weather than other times of the year, September to November is also seen to be a pleasant time to visit Bordeaux. It should be remembered, however, that if you're planning to visit wineries, then these are mostly closed during October, the traditional harvest time in Bordeaux. It's also worth bearing in mind, that the days are shorter from October onwards.

Winters in Bordeaux are relatively short and mild, with an average temperature of 7°C / 45°F and lows of around 2°C / 36°F, making it an attractive proposition for a winter break.