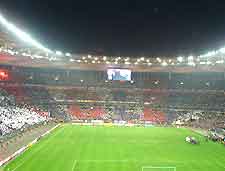 Bordeaux is home to many exciting events and lively local festivals, held throughout the year. The city's extensive calendar of fairs includes those devoted to antiques, food, furniture and cars, to name just a few. A number of major sporting, cultural and literary events also come to Bordeaux each year

The tourist office in Bordeaux is always a useful source of information on things to do during your stay in the city, as well as forthcoming festivals and fairs.