England's largest island has been a leading holiday destination since the Victorian times and life here is often centred around the coastal towns and seasonal festivals. During the frequent summer regattas, the Isle of Wight is flooded with tourists, coming over in their droves to enjoy the site of hundreds of yachts sailing around the coastline, whilst soaking up the exciting atmosphere.

The locals on the Isle of Wight are typically English when it comes to manners and formalities. All of the mainland laws are applicable on the island, and with no motorway and often quite winding roads, with 30 or 40 mph speed restrictions, getting around by car or bus may well be convenient, but it is not especially fast.

There are a number of tourist offices throughout the Isle of Wight and these provide useful information, such as brochures, maps, opening hours, directions and more. The main offices are situated in the following towns: 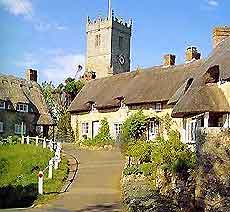 The Isle of Wight is home to a large number of different cultures and most religions have a presence. Many of the churches on the island belong to the Church of England, being places of worship for the Anglican faith, although all faiths are always welcome.

Most pharmacies on the Isle of Wight are open from at least 09:00 until around 18:00 and supermarkets often have in-store chemists. Drugstores will usually open until 18:00, although some may stay open until later, and these usually have a pharmacy counter for dispensing prescriptions. 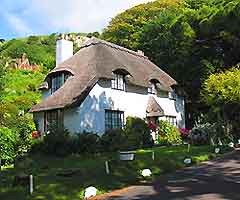 Tipping on the Isle of Wight is quite discretionary, with local taxi drivers usually being given a 10% gratuity or thereabouts - although this is not essential. Restaurants often include service charges and these are always clearly shown on the menus, otherwise a gratuity of around 10% is usually expected in recognition of prompt and courteous service.

In most buildings and on public transport around the Isle of Wight, rules restrict smoking and this is always clearly indicated by no-smoking symbols in prominent places. If you are intending to smoke inside one of the pubs, bars and restaurants around the island, you will need to rethink your plans, since from July 2007, smoking is now completely prohibited in these public spaces and others.

The British love pubs for their informality and social atmosphere. Pubs and wine bars on the Isle of Wight are most often places to meet and be seen, though each has its own standing in the local community, with some being frequented by business people, locals and celebrities, while others are favoured by visitors and tourists - particularly public houses near a beach.