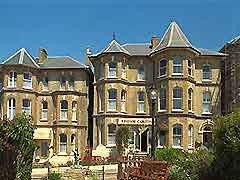 The main businesses on the Isle of Wight are tourism, retail and hospitality. This is a busy island, with tourists arriving throughout the year, particularly between March and October. As a result, there are a large number of shops and restaurants in the main towns, providing an excellent choice.

There are also numerous tourist attractions around the Isle of Wight and many of the most popular tend to be based alongside the coastline, often being next to beaches. The hotel industry also reflects the high number of tourists, with those guest houses boasting enviable sea views being amongst the most pricey.

In both dress and manners, locals on the Isle of Wight are fairly relaxed, although normal business courtesies should still be observed. The degree of formality necessary depends upon the actual nature of the business, with financial and legal professions being more formal than tourist attractions. Many men still wear suits and short sleeve shirts are acceptable in the summer months on the island. Women tend to be more casual in their appearance. 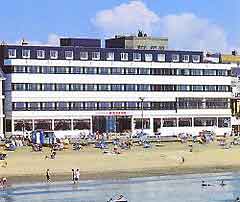 Working lunches are a popular way to do business on the Isle of Wight and locals are quick to use first names when appropriate. Local pubs and wine bars often serve as useful meeting places or venues for after-work drinks. Public houses are in good supply within all of the island's largest towns, such as Newport, Ryde, Cowes, Yarmouth and Bembridge.

A brief and friendly handshake is usually the customary greeting throughout England. New acquaintances are often addressed on first name terms. 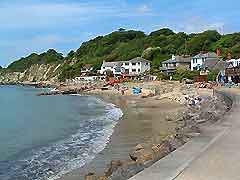 All restaurants on the Isle of Wight now operate a strict 'no smoking' policy, although some do provide outside areas for smokers in need of a cigarette. Offices and businesses on the island are also 'non smoking' and although the British have neither a positive nor a negative attitude to smoking, it is best to only smoke when in the company of like-minded people.