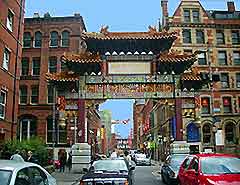 The restaurant and dining scene in Manchester is one of the most buoyant and lively in the United Kingdom and is widely considered as one of the best places for dining in of England. Manchester has more recently expanded its variety of cuisine and now offers a simply an enormous selection of restaurants, serving food from all over the world. It is often remarked that you can eat for 30 days in Manchester restaurants without actually eating the same type of cuisine.


Other areas in Manchester with highly regarded include West Didsbury, Rochdale, Oldham and Altrincham, all of which are within easy reach of central Manchester. Restaurants in Manchester usually provide excellent value for money and most restaurants offer discounts on meals for both children and senior citizens eating in Manchester. 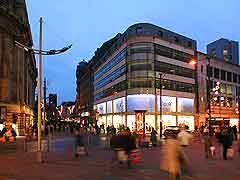 Manchester has an enormous number of fast-food restaurants and outlets in and around central Manchester, and these provide a wide choice of food, ideal for snacks and picnics in Manchester's nearby park areas and central squares, which have plenty of seating areas. These fast-food restaurants and outlets include many outlets of McDonalds, Burger King, Pizza Hut, Dominos Pizza, Wimpy, KFC, fish and chip shops including Harry Ramsden's and the Armstrong Supper Bar, Chinese takeaways, kebab shops and sandwich bars.

Other lunchtime snacks can be purchased from the countless bakeries, which provide a good selection of freshly made sandwiches, baguettes, salads, pasties, sausage rolls and cakes.