Located within North-West England and in the county of Greater Manchester, the city of Manchester is amongst the UK's biggest. With a population soon expected to reach half a million inhabitants, the city is home to a well-developed public transport network and is generally easy to get around.

Many visitors find that the best way to explore Manchester city centre is on foot, while others prefer to use the Metrolink tramway to reach the main places of interest.

Manchester comprises a series of defined neighbourhoods, which add much character to the city. These include the centrally located square named Piccadilly Gardens, where local buses tend to converge. Directly to the west of the Piccadilly Gardens and just a short distance to the south of the cathedral, the vibrant Millennium Quarter has enjoyed much regeneration over recent years.

To the north of the Piccadilly Gardens is the very bohemian Northern Quarter, while close by and to the south-west is the Gay Village, Chinatown and Canal Street. On the southern side of the city is the University of Manchester (UMIST), and on the south-western corner is the trendy area known as the Castlefield and Deansgate Locks.

Maps of Manchester are available at bookstores and souvenir shops around the city centre, and at the Tourist Information Centre (TIC) in the extension of the Town Hall on Lloyd Street, next to St. Peter's Square. 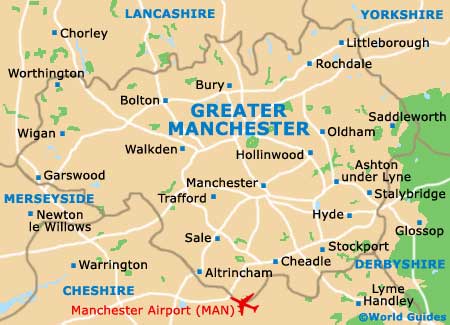 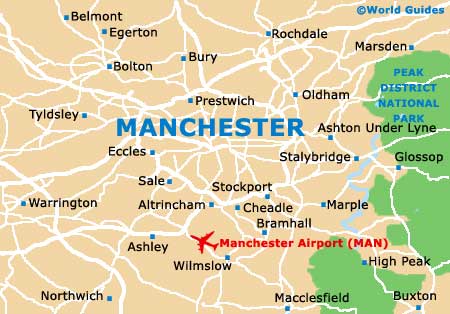