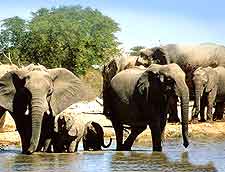 In Africa, Namibia leads the way when it comes to conserving its fantastic natural landscape, flora and fauna. In fact, national parks cover more than a tenth of its total area.

A trip to the Etosha National Park comes highly recommended and you can organise your visit through a selection of reliable safari companies. Many tourists simply choose to hire a 4WD vehicle and explore Namibia's natural spectacles, such as the Skeleton Coast and Bwabwata parks, the Waterberg Plateau and the Fish River Canyon. Well worth noting, the best time of the year for some serious Namibian game spotting is from July to October. 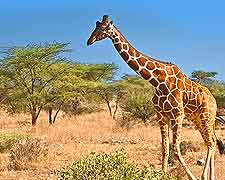 Address: Ombika, Namibia, NA, Africa
The Etosha National Park is Namibia's most popular park and is where most big game animals can be seen. These include some that are currently on the endangered species list. In particular, the Etosha Pan, made up of roughly 30 springs and waterholes, makes a visit more than worthwhile - this is the place to spot the big game that inhabit the park, including elephants, giraffes, hartebeest, impala, jackals, lions, oryx, ostriches, rhinos and wildebeest. The elephants found here are known as Etosha Elephants and are the largest in the whole of Africa, measuring up to 4 metres / 13 feet in height.
Open hours: daily
Admission: charge 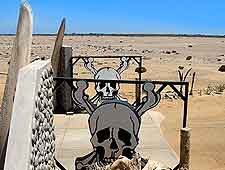 Address: Skeleton Coast, Namibia, NA, Africa
Namibia's Skeleton Coast has acquired something of a legendary status, thanks to an abundance of tales of shipwrecks, sailors lost in the desert for weeks and its somewhat forbidding appearance. The park doesn't cover the whole of the Skeleton Coast - since 1973 it has protected around one-third of Namibia's coastline. Whilst we mostly imagine an unremitting sandy landscape, in reality, the park's wilderness environment is more of a mixture, including dunes, mountains and canyons, rivers and salt pans. Animal-life in the park includes large mammals, such as elephants, black rhinos, lions and zebras, as well as some rather interesting reptiles. At the mouth of the Kunene River in the north of the park, there's more than a passing chance of spotting a crocodile or long green turtle, both of which should be viewed from a distance. Venture offshore, and visitors may possibly be rewarded by a glimpse of a killer whale or even a humpback whale.
Open hours: daily - sunrise to 17:00 for day visitors
Admission: entry permits available at the Ugab and Springbokwasser entry gates 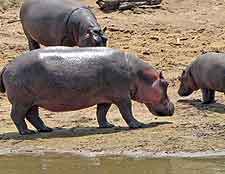 Address: Caprivi, Namibia, NA, Africa
It is easy to assume that to preserve wildlife and the natural environment, it is necessary to have as few people living there as possible. The Bwabwata National Park, on the other hand, certainly bucks the trend. In this park, humans and animals coexist in relative harmony. Formerly known as the Caprivi Game Park, the park has been vastly extended in recent years, now also incorporating the Mahango, Buffalo and Kwando reserves. The lush woodland landscape is a far cry from Namibia's desert environment. Visitors can look forward to viewing numerous small game species, as well as larger mammals, such as elephants, buffalos, hippos and kudus. The park is also home to a rich diversity of bird species, indeed, this is probably one of the best locations in Namibia to enjoy some serious birdwatching. Situated between Angolo and Botswana, Bwabwata includes a mix of terrain, some of which may be inaccessible to two-wheel drive vehicles. Also worth noting is the fact that the Mahango Game Reserve area of the park is the only such reserve where visitors can enjoy walking at will.
Open hours: daily
Admission: charge 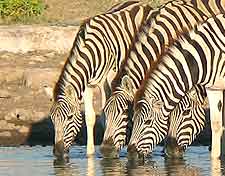 Address: Khomas, Namibia, NA, Africa
Located just outside Windhoek itself, Daan Viljoen is often thought to be Windhoek's 'zoo'. The park is a popular day trip destination for locals and those staying in Windhoek, being just 18 km / 11 miles away and to the west. Visitors can enjoy a game drive through the park or, since none of the resident animals are considered a danger to the public, hikers can take one of the unguided trails on offer. The animals on view are species found in the Namibian highlands, including mountain zebras, springbok, warthogs and blue wildebeest, as well as more than 200 different bird species.
Open hours: daily - sunrise to sunset
Admission: charge 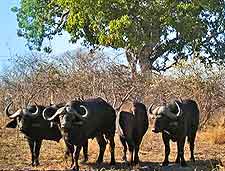 Address: Caprivi, Namibia, NA, Africa
The western border of the Mudumu National Park runs alongside the Kwando River in eastern Caprivi. Mopane forests, lakes and swamps make for a watery environment that is well-suited to the likes of hippos and crocodiles, as well as spotted neck otters and red lechwe (leche). There's also a myriad of birdlife here, as well as smaller mammals and other creatures, including turtles and tiger fish. A good way of getting around is by boat.
Open hours: daily
Admission: charge 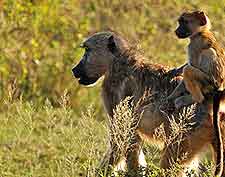 Address: Caprivi, Namibia, NA, Africa
The Mamili National Park (Nkasa Lupala) is the largest of Namibia's wetland areas (320 square kilometres / 124 square miles) and is also one of the more remote, being located on the far north-easterly side of the country, next to the Botswana border. As such, visitors are advised that there are no facilities offered within the park. During the rainy season, the park's islands are usually cut off from the mainland. Innumerable animal species have made the reed beds, lakes and islands their home, including red lechwe, buffalos and wild dogs.
Open hours: daily
Admission: charge 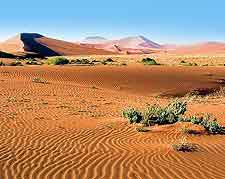 Address: Namib Desert, Namibia, NA, Africa
This is the largest of the country's nature reserves, extending along the coastline from the Swakop Valley to Luderitz. A great deal of the park cannot be easily accessed by visitors, however, those areas that are relatively straightforward to reach offer visitors a fascinating glimpse into the landscape of Namibia's Naukluft Mountains and the Sossusvlei, which lies within the Central Dune area of Namib. The monumental dunes can measure up to 325 metres / 1,066 feet from base to tip - it is little wonder that they are so sought after by artists and photographers.
Open hours: daily
Admission: charge 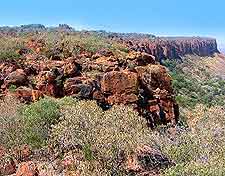 Address: Otjozondjupa, Namibia, NA, Africa
The Waterberg Plateau Park is home to a giant sandstone plateau of grand proportions - 50 km / 31 miles in length by some 16 km / 10 miles in width. Many watering holes surround the plateau and have come to support an array of African wildlife, including both white rhinos and black rhinos. This popular safari park regularly attracts visitors, whilst also playing an important part in the history of the country, since it was here where the Battle of Waterberg took place in 1904. Visitors are able to take in the plateau on foot, or alternatively, join an official NWR (Namibia Wildlife Resorts) tour. Notable routes include the Unguided Hiking Trail and the Waterberg Wilderness Trail, which are open between April and November.
Open hours: daily
Admission: charge