Getting Around, Cape Town Travel, Transport and Car Rental 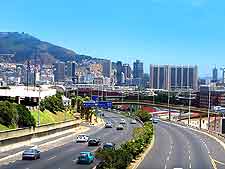 There really is a great deal to see and do in Cape Town. Fortunately, most of the major sights can be found in the relatively compact city centre, and in this case, it's best to travel on foot, rather than to use Cape Town's public transport system.

However, there are vast areas outside the centre of Cape Town which also deserve to be thoroughly explored. Whilst a hire car can make travelling around the peninsula much easier, public transport links are in place to get visitors to many of the better-known tourist attractions. 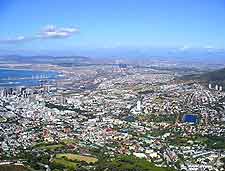 Address: Airports Company South Africa, Private Bag X9002, Cape Town, Western Cape, 7525, South Africa, SA
Tel: +27 21 937 1200
Served by over 20 airlines, both national and international, Cape Town International Airport is a 30-minute drive from the city centre. Visitors should be aware, however, that in rush hour traffic the journey can take longer. Whilst there is no public transport between Cape Town city centre and the airport, privately owned shuttle bus services do operate. It's advisable to reserve a seat in advance. Taxis also travel to and from the airport, and many of the more upmarket hotels will provide transport from the airport to your hotel's door. 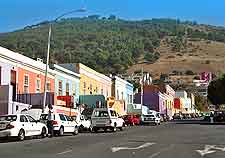 Car rental offices are located inside the arrival terminals of Cape Town International Airport. Most car rental companies will also drop off and collect from your hotel. Don't forget that vehicles should be driven on the left-hand side of the road.

The road network around Cape Town is excellent. The main roads around the city include the N1 to Johannesburg, the N2 which follows the Cape Garden Route to Plettenberg, and the N7 to Springbok and Namibia. The R62 takes visitors to some of South Africa's best-known vineyards. 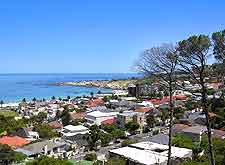 Cape Town has an extensive network of local public bus transport, which serves most areas of the city. These are a relatively inexpensive way to travel around. Alternatively, the Cape Town Explorer visits the major tourist sites in the city centre and can be caught at the junction of Burg Street and Castle Street. The Baz Bus is mainly aimed at backpackers and stops off at popular destinations as well as local hostels.

For travel further afield, national-route buses can be caught at the train station. The Cape Town Public Transport Guide is a convenient way of finding up-to-date schedules for buses and trains. 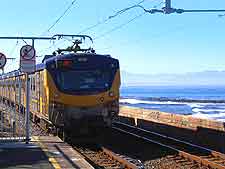 Cape Town's Metro Rail service is a popular way of getting to and from the city's suburban districts and beaches. As well as being convenient, the line running to Simon's Town offers more beautiful scenery than most urban networks, with the track closely following the coastline.

An inexpensive intercity service operates to Johannesburg, taking just over 24 hours and offering overnight sleeper accommodation. For those who prefer to travel in real style, the Blue Train offers a luxury service between Pretoria and Cape Town. Luxury train transport also operates from Cape Town and connects some of Africa's top tourist destinations, including Victoria Falls.

Cape Town's taxis can be hired at taxi ranks, rather than hailed from the street. They are a particularly useful way to travel around during the evening. If you're thinking of exploring outside the city centre, visitors may want to consider using a minibus taxi. These are better value and give you more flexibility than public transport if you're out sightseeing for the day.