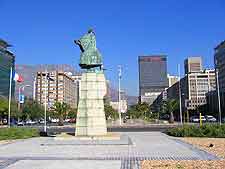 Cape Town is home to a large number of museums. Together, they offer a rich and varied picture of life in Cape Town and in South Africa in days gone by.

In fact, the city is said to have its very own Museum Mile - so visitors have the advantage of only having to stroll a short distance between Cape Town's most popular museums and galleries. The most popular are detailed below.

Address: 25a Buitenkant Street, Cape Town, South Africa, ZA
Tel: +27 021 466 7200
Recently established, this museum serves as a memorial to District Six, an area which has now completely vanished. Originally a lively area populated by merchants, labourers and immigrants, events in the 20th century threw the district into chaos. Forced resettlements led to the community's final demise in 1982. The District Six Museum tells its story through photographs, written and recorded stories of former residents, and reconstructions of the homes that once stood there.
Open hours: Monday - 09:00 to 15:00, Tuesday to Saturday - 09:00 to 16:00
Admission: free

Address: 96 Strand Street, City Bowl, Cape Town, South Africa, ZA
Tel: +27 021 405 1540
Situated within the historic Martin Melck House, visitors can admire gold, gold and yet more gold. The Gold of Africa Museum houses a fine collection of artefacts that originate from all over Africa. As well as being stunning to look at, many items within the gold collection have interesting stories attached to them. If you want to take home a glittery souvenir, the onsite gift shop sells copies of some of the designs on display.
Open hours: Monday - Saturday - 09:30 to 17:00
Admission: charge

Address: Corner Adderley and Wale Streets, Cape Town, South Africa, ZA
Tel: +27 021 460 8240
Established in one of Cape Town's oldest buildings, this Cultural History Museum is dedicated to every aspect of the history of slavery at the Cape, from family roots to the slave ships bound for the Americas and the Caribbean. A thought-provoking memorial column commemorates the names of the former inmates of this former Slave Lodge.
Open hours: Monday to Saturday - 10:00 to 17:00
Admission: charge, children under 16 years old are free

Address: 25 Queen Victoria Street, Gardens, Cape Town, South Africa, ZA
Tel: +27 021 481 3800
South Africa's oldest museum displays a wide range of artefacts related to the country's national history and the cultural history of the African people. Look out for the terracotta Lydenburg Heads. These are said to be the oldest examples of sculptures produced in Africa. The Whale Well is also a fascinating and atmospheric exhibit.
Open hours: daily - 10:00 to 17:00
Admission: charge

Address: Hatfield Street, Gardens, Cape Town, South Africa, ZA
Tel: +27 021 462 5553
Few visitors will leave unaffected by this thought-provoking museum of anti-Semitism. Photographs, archive documents and film cover the Holocaust, from a South African perspective. The Holocaust Centre offers something quite different to many of the city's more upbeat attractions.
Open hours: Sunday to Thursday - 10:00 to 17:00, Friday - 10:00 to 13:00
Admission: free

Address: Clocktower Precinct, Waterfront 8002, Cape Town, South Africa, ZA
Tel: +27 021 416 6230
The Battery was built between 1714 and 1725 by the Dutch East India Company and protected Cape Town until 1861. Now opened as a museum with an indoor and outdoor layout, the Chavonnes Battery Museum documents the history of the defence with models of the battery, a gunnery display and equipment needed to maintain the cannon.
Open hours: daily - 09:00 to 16:00
Admission: charge, discount available for seniors and children between ten and 18 years old, children ten years old and under are free