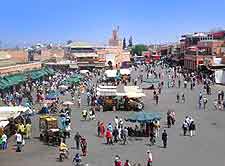 To the west of Algeria are the attractions of Morocco, Mali and Mauritania. To the east are Tunisia, Niger and Libya. Whilst the complex political situation in North Africa may make overland travel between the countries of North and West Africa rather complex at times, it is not impossible to move between them.

Indeed, many towns are served by small airports. Whether you are planning to explore further afield or are in search of a day trip with a difference, there's certainly plenty of attractions surrounding the Algeria area of North Africa. 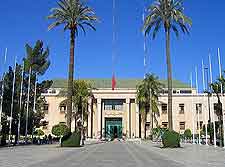 Morocco is one of North Africa's most popular tourist destinations. It caters for most interests, from overland trekkers to sunshine lovers. The nearest large town to the Algerian border is the university town of Oujda. Visitors can arrive in Morocco at a number of airports, including Algiers and Casablanca. From there, visitors can explore the whole of Morocco, including the Medina towns of Fez and Marrakech, the High Atlas Mountains and Morocco's desert regions. 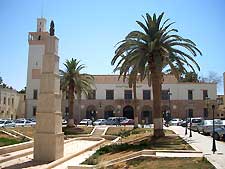 More and more visitors are heading to Libya, in search of 'off the beaten track' holidays and unforgettable vacation memories. Exploration of the more remote desert towns requires prior permission from the Libyan authorities, particularly around Ghadames and Ghat, which border nearby Algeria. Most visitors head into Libya's capital city Tripoli, to Sabha, located to the south of Tripoli, and to Libya's notable Greco-Roman ruins. 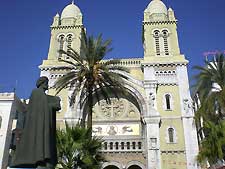 On the north-easterly border of Algeria, Tunisia has long been the haunt of European holiday makers in search of sun, sea and sand. Near to the Algerian border, the town of Tozuer is the archetypal oasis and allows visitors to sample desert attractions at their very best. Nefta, some 25 km / 16 miles to the south, is known for its religious buildings. On the extreme northern border is Tabarka. This town has good facilities for visitors and is a great base for travelling around Tunisia's mountains in the north-west of the country. 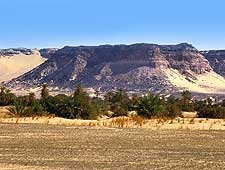 Northern Niger offers an opportunity to see some quite spectacular sights. The Air Mountains tower over the Sahara and offer up fine examples of volcanic scenery, rock art and even thermal springs. The nearby towns of Agadez and Zinder are also fascinating places to visit. 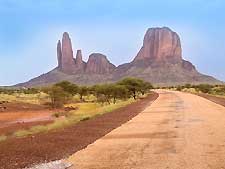 The northern part of Mali, which borders on nearby Algeria, is nothing short of a vast desert. Mali is located to the south, in the delta formed by the River Niger, and it is here where most of Mali's main visitor attractions can be found. These include the ancient town of Gao. A boat trip along the Niger takes visitors to the evocatively named Timbuktu, once a hugely wealthy town and still a popular tourist destination. Further west still, the capital city of Mali, Bamako, is a lively tourist hotspot with a great museum. 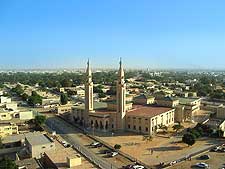 To the south-west of Algeria lies the border with Mauritania. Mostly covered by the sands of the Sahara Desert, Mauritania's main sights can be found in the capital city, Nouakchott and in the Adrar region. The Adrar is a land of sculpted sand dunes and ancient towns, such as Terjit, Chinguetti and Ouadane.