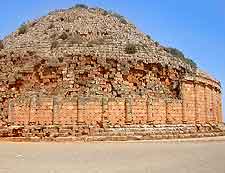 Located on North Africa's Mediterranean coast, Algeria is Africa's largest country by area and home to around 35 million people. Traditionally, Algeria has not featured on many African tourist itineraries, but the general increase in order during recent times should ensure that the country's tourist industry has a bright future.

The history of Algeria dates back to 10,000 BC, as evidenced by ancient cave paintings in the Tassili n'Ajjer National Park. These paintings also depict agricultural life during the time of the earliest Berbers - the mixture of peoples residing in the Mediterranean Maghreb at this time.

Centred on the city of Carthage, the Carthaginians settled in several towns on the Mediterranean coast and established trade links with the inland Berbers. However, their treatment of some Berbers, such as those enlisted to fight the Romans in the Punic Wars, created resentment among the locals. By 241 BC, Berber soldiers began to rebel and destroyed the main Carthaginian city, Carthage, in the middle of the 2nd century BC.


Berber civilization peaked during the rule of King Masinissa, who died in 148 BC, before increasing Roman influence led to the annexation of the Berber kingdoms in 24 AD. The kingdoms were under Roman control for the next 200 years and some of their ruins can still be seen at Timgad, near the city of Batna. 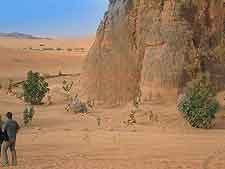 History of the Arab Conquests, Spanish Occupation and the Ottoman Empire

Muslim Arabs first arrived in Algeria during the middle of the 7th century, soon converting many locals to Islam. The Berbers continued to control much of the territory, with independent dynasties regularly engaging in regional disputes.

During the early-1500s, Spanish conquerors began to occupy a number of settlements on the Mediterranean coast. These included the city of Oran and the current capital, Algiers. In Oran, a city now famed for its vibrant evening life, tourists can still visit Fort Santa Cruz, one of three old fortresses still standing within the city.

Spanish control didn't last too long, however, as Algeria soon became part of the Ottoman Empire. More than 1,000 Turkish troops retook Algiers in the year of 1516, under the leadership of corsair Oruc Reis.

During the 1500s, Algeria became a centre of military might, where Barbary pirates (Ottoman Corsairs) terrorised non-Islamic vessels in the Mediterranean. In fact, the British alone lost in excess of 450 ships to Barbary pirates over a seven-year period at the start of the 17th century.

Of interest to sightseers, there are a number of attractions dating back to the time of Turkish rule, including parts of the Algiers Casbah (Old City), such as the El Jedid Mosque (Jamaa el-Jedid), which was built in the middle of the 17th century.

The French took Algiers in 1830 and colonised the rest of the country as part of a bloody and violent conquest. This was one of the darkest times in the history of Algeria, as large numbers of the indigenous population died through warfare and disease. In contrast, some 50,000 French settlers arrived on Algeria's shores and proceeded to benefit from farming on arable lands confiscated by the French.

French rule began to wane in 1954, when the National Liberation Front began the Algerian War of Independence through guerrilla warfare. Despite assurances to the French immigrant population that Algeria would remain French, a referendum in 1962 voted overwhelmingly for independence. This caused around one million French immigrants to flee the country in order to escape the baying lynch mobs. They were joined by more than 80,000 Algerians, who had previously served in the French army. 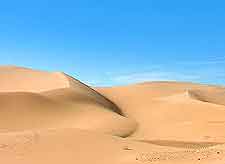 For many years following independence, Algeria was under rigorous state control. All media was controlled by the state and the National Liberation Front outlawed all other political parties. In fact, the first multi-party elections only took place as recently as 1991. Military intervention after an unfavourable result led to the Algerian Civil War, which consisted of numerous terrorist attacks by the Islamic Salvation Army between 1992 and 2002.

There is still fighting in some areas to the present-day, but it is generally seen as a promising time in Algeria history. Algeria's citizens played a part in the 'Arab Spring' of 2011, when a series of protests led the Council of Ministers to repeal the state of emergency, which had lasted for 19 years.