Algeria Weather, When to Go and Climate Information 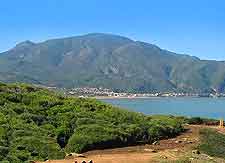 Algeria's climate is diverse, making it difficult to generalize about the weather. However, one can say that in the north of Algeria, the weather is very similar to that found in Mediterranean countries.

By way of contrast, in the desert region of southern Algeria temperatures vary widely and visitors should be prepared for this by taking clothing suitable for both a hot and cold climate. 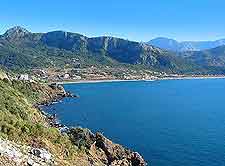 The northern coast of Algeria enjoys a rather pleasant climate, with winter temperatures averaging around 10°C / 50°F. Summer temperatures can reach 26°C / 79°F. However, this region does experience quite heavy rainfall, particularly in the area around Oran, which is bordered by mountains.

Heading inland from the coast of Algeria, winters become slightly cooler, with temperatures averaging around 6°C / 43°F. Frosty weather is possible, particularly in the more mountainous areas. In the summer, temperatures tend to be a little higher than on the coast. Most rainfall occurs between September and December, with mostly dry weather during the summer.

In the Saharan Desert area of Algeria, temperatures can fall as low as -10°C / 14°F at night and then rise to 34°C / 93°F during the day. Even more extreme daytime temperatures have been recorded. The area is also often subject to very strong winds. Some rain does fall on the Sahara, although this is not a frequent occurrence.