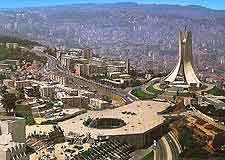 Algeria's art galleries offer plenty for art devotees and indeed anyone wishing to find out a little more about life in the country.

From the 14th-century masters of Europe to contemporary artists from North Africa, visitors will be pleasantly surprised at the range of artistic work on display. Particularly notable in Algeria are the Musée des Beaux Arts and the National Museum of Modern Art (MAMA), both of which reside in the capital city of Algiers. 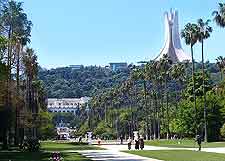 Address: El Hamma, Algiers, Algeria, DZ, North Africa
Tel: +213 21 66 49 16
With over 8,000 works of art, Algiers' fine art museum (Musée des Beaux Arts) is one of the largest of its kind in North Africa. Its collection includes the work of European artists from the 14th to the 18th centuries, as well as contemporary and Algerian art. The museum's collection of sculptures even boasts the work of Rodin. Photographs, furniture and ceramics are also on display.
Open hours: hours vary
Admission: charge

Address: Rue Larbi Ben M'hidi, Algiers, Algeria, DZ, North Africa
What was once a luxury department store, the former Galeries de France, has been transformed into Algeria's new National Museum of Modern Art, which is often abbreviated to simply 'MAMA'. The building's colonial style architecture is the work of Henri Petit. Opened as recently as the end of 2007, the National Museum of Modern Art was established to help initiate a renewal of cultural interest in the city, as well as to promote local artists.
Open hours: hours vary
Admission: charge

Address: 9 Rue Mohamed Akli Malek, Algiers, Algeria, DZ, North Africa
Tel: +213 21 71 34 14
Situated in the Casbah area of Algiers, this museum houses an interesting collection of arts and crafts that are traditionally found in Algeria. As well as containing an impressive collection of North African art works, artefacts and similar treasures, this gallery also houses some striking contemporary pieces, created by up-and-coming artists from around the city. The National Museum of Traditional and Popular Arts itself is situated within a house that dates back to the Ottoman period of the country's history.
Open hours: hours vary
Admission: charge