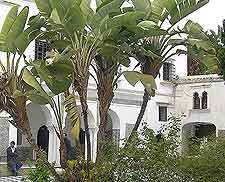 Most of the museums in Algeria can be found in the capital city Algiers.

These are devoted to art, history and anthropology and offer a fascinating glimpse into Algeria's past through their collections of paintings, pottery and fossils.

Outside of Algiers, many towns have their own small museums. This is particularly the case for towns which have a rich heritage, such as Constantine, Oran, El-Oued, Annaba and Timgad. 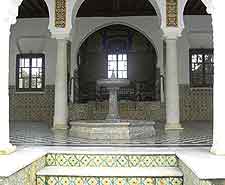 Address: 19 Boulevard Zabana, Oran, Algeria, DZ, North Africa
An appealing attraction suiting those interested in archaeology and prehistoric finds, the Demaeght Museum is better known to the French-speaking locals at the Musée National Zabana. Exhibits come from throughout the Magreb world, with particular reference to the city of Oran, where this building is located.
Open hours: summer, Sunday to Thursday - 09:00 to 12:00 and 15:00 to 19:00; winter, Sunday to Thursday - 08:30 to 12:00 and 14:30 to 18:00
Admission: charge

Address: Boulevard de la République, Constantine, Algeria, DZ, North Africa
Tel: +213 31 92 38 95
Cirta is derived from the Phoenician word for 'city' and was the name given to Constantine in ancient times, when it was the home of the kings of Massyli. The Cirta Constantine Museum (Musée de Cirta) recounts the city's vast heritage, including life in a Roman city, through paintings, sculptures, coins, and Christian antiquities.
Open hours: hours vary
Admission: charge