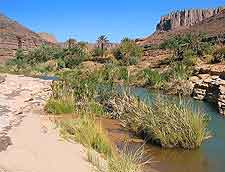 Algeria is home to several national parks. Indeed, eco-tourism plays an increasingly important role in the country. As well as offering a fascinating glimpse into a range of ecosystems, from forests to coastal marshes, visitors to Algeria's national parks will often be rewarded by a chance to view some relatively remote archaeological sites.

The most popular of these include the national parks of Tassili n'Ajjer, El Kala and Tlemcen, all of which feature some extraordinary North African flora and fauna, and well as wondrous views and endless photo opportunities. 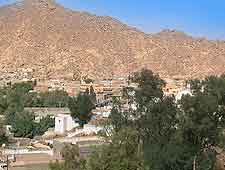 Situated in south-east Algeria, this national park has been named a UNESCO World Heritage Site. The Tassili n'Ajjer National Park is best known for its sandstone mountain range, complete with impressive rock arches and other landforms. Most of the area covered by the Tassili n'Ajjer is given over to woodland. Indeed, it is home to many endangered plant species, such as the Saharan Myrtle and Saharan Cypress. As an added bonus, the park is also of some archaeological significance.
Open hours: visits supervised by the Tassili National Park office (OPNT) in Djanet
Admission: charge 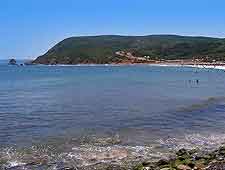 Address: El Tarf, Algeria, DZ, North Africa
Located in north-eastern Algeria, El Kala National Park reaches as far as the Tunisian border to the east and to the Mediterranean Sea in the north. The park is made up of several ecosystems, including forests, lakes and marshes, and coastal waters. Some 40 species of mammals can be found living here, including the Barbary stag, which has become the symbol of the region. The El Kala National Park is also home to 25 bird of prey species, nine marine bird species and 64 species of freshwater birds. Visitors cannot fail to be delighted by El Kala's beautiful beaches, which are known for their particularly fine sand. The park was created in 1983 and was recognized as a biosphere reserve by UNESCO as soon after as 1990.
Open hours: guided nature trails available around Lake Tonga's northern coast
Admission: charge 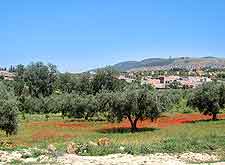 Address: El Méchouar, Tlemcen, Algeria, DZ, North Africa
Tel: +213 43 27 16 38
Tlemcen is one of Algeria's newest national parks. The landscape includes forests, waterfalls and cliffs, which are home to a hundred bird species, of which 38 are protected, as well as variety of mammals, reptiles and amphibians. The Tlemcen National Park also boasts a rich diversity of flora. An impressive 904 species can be found here, including a collection of fungi and medicinal plants. Within the boundaries are also a number of important archaeological sites, including the Mosque of Sidi Boumediene.
Open hours: daily
Admission: charge