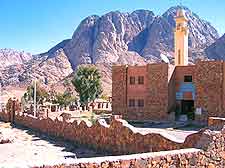 Sharm el Sheikh is home to some stunning historical monuments. Whilst the city is not brimming in landmarks that may be found in other Egyptian cities, it still boasts one of the oldest working monasteries in the world, as well as the famous Burning Bush and its chapel.

There are also some monuments of religious significance around Sharm el Sheikh, suiting those willing to trek to see them. 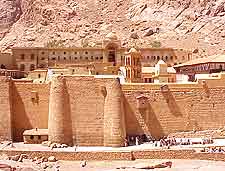 St. Catherine's Monastery is particularly famous in Sharm el Sheikh and is located at the foot of Mount Sinai. Believed to be one of the oldest working Christian monasteries in the world, the building dates back to biblical times and was visited by Prophet Mohammed in 625 AD. This important landmark also boasts the Chapel of the Burning Bush, where St. Catherine's tomb is to be found. St. Catherine was thought to have been carried away by angels, who placed her body at the very top of the peak by the chapel some 500 years later.
Open hours: daily
Admission: charge 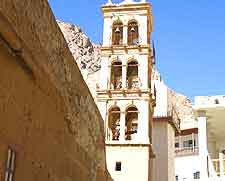 Chapel of the Burning Bush

Address: St. Catherine's Monastery, Sharm el Sheikh, Egypt, EG
This stunning historical chapel is located on top of St. Catherine's Monastery. Construction of the building was ordered during the 6th century AD by Empress Helen, the mother of Constantine. The chapel houses St. Catherine's relics and is believed to be the spiritual heart of the monastery.
Open hours: Monday to Thursday, Saturday - 09:00 to 12:00
Admission: charge

This archaeological marvel can be found on Mount Sinai, halfway between the foot of the mountain and its peak. The Seven Elders of Israel Amphitheatre is a truly stunning religious monument and is well worth searching out.
Open hours: daily
Admission: charge