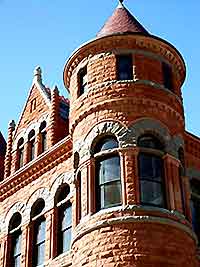 The massive metroplex of Dallas incorporates Arlington and Fort Worth, with the metropolitan area home to over six million residents and featuring a gross annual metropolitan product of US$374 billion.

Dallas has grown from its humble beginnings in early history as a tiny settlement to a giant achievement, fuelled by oil and gas, in just 170 years.

Dallas history began in 1841 when the first pioneer to settle in the area, John Neely Bryan, built a log cabin and trading post at a natural ford on the eastern bank of the River Trinity and was joined shortly afterwards by two more families.


By 1845, several other pioneers had set up home on the western river bank, in the region known as the Republic of Texas. Ten years later, the little communities were joined by a group of Swiss, Belgian and French artists and musicians whose 'utopian' venture west of the little town had collapsed. Their creativity and culture are still visible in present-day neighborhoods, such as Greenville Avenue and Deep Ellum.

During the rumblings preceding the Civil War (1861 to 1865), Dallas was home to just under 700 people, of which a number were African-Americans that has seceded from the Union and joined the Confederate states of the south. At this time in the history of Dallas, the city was becoming prosperous due to the arrival of the railroad and several stage coach routes.

Most citizens were in favor of segregation and the town was spared conflict and destruction, as it was remote from the main battle areas. However, the reconstruction period after the Union victory in 1865 brought major changes and the emergence of the Ku Klux Klan in the late 1860s, following the liberation of the city's slaves and the arrival of freed slaves from other regions. 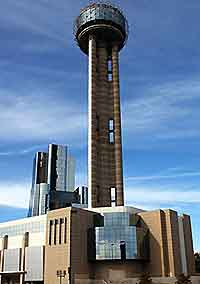 Dallas and the Industrial Revolution

The city's pre-Civil War prosperity had been dependent on agriculture, including grain and cotton, but the last years of the 19th century saw the beginnings of industrial growth in the region, fuelled by the collapse of cotton prices. Eager for Dallas to become a 'modern' city, the administration backed construction of the Dallas Zoo, two hospitals, several colleges and a library, as well as the creation of the State Fair of Texas, held annually from late September to mid-October.

The 20th Century and Onwards

By 1900, Dallas was a major producer of wholesale alcoholic drinks, medicinal drugs, books, media products and jewelry. The city retained a toehold in the internal cotton and grain markets, and was the world leader in cotton gin engineering and manufacture. Slowly, the transformation from agriculture-related dependency to financial services as an economic mainstay took place, although a massive flood in 1908, when the river broke its banks, caused considerable property damage and the eventual construction of levees (protective embankments).

After managing to thrive throughout the Great Depression, the city's true golden age kicked off with the discovery of oil, sparking the East Texas oil boom, with the city's financial wizards playing a major part. In 1936, the Texas Centennial Exhibition opened, spawning 50 new buildings and attracting some 10 million visitors.

By the 1960s, high-tech industries had moved in, but the dream faded momentarily when President John F. Kennedy was shot and killed in Dallas on 22nd November 1963, a tragedy that shocked the world. The building from which the shots were fired is now the Sixth Floor Museum. In the 1980s, the popular TV series, Dallas, brought the city international fame, with its Ewing family members becoming household names. More recently its Dallas Cowboys have been the darlings of the NFL football league, while the city also hosted a quarterfinal in the 1994 Football World Cup.