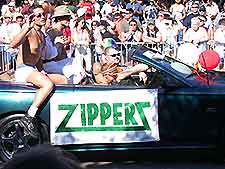 Home to the largest and most significant gay population in Texas and currently the sixth-biggest in the whole of America, Dallas is certainly a welcoming city for the LGBT crowd. There are plenty of attractions that entertain the evening crowds, with lots of bars being concentrated around the Cedar Springs area of Uptown Dallas, along with the Oak Lawn neighborhood.

Oak Lawn is always a reliable bet for evening entertainment, with Cedar Springs Road being home to a particularly large number of gay bars and clubs. These include JR's Bar and Grill, the Mining Company, the Rose Room, Station 4 and Woody's Bar, where Wednesday karaoke, Thursday cabaret acts with drag performers and Friday comedy nights are the main weekly draws.

Elsewhere in Oak Lawn, nightspots are to be found lining streets such as Bowser Avenue, Hudnall Street, Maple Avenue, Throckmorton Street and Wycliff Avenue, while in Uptown Dallas, look along North Fitzhugh Avenue. For those with religious beliefs, the Cathedral of Hope on Cedar Springs Road is particularly notable, since this is an LGBTQ church founded at the beginning of the 1970s and now boasting a total congregation exceeding 2,000 people. 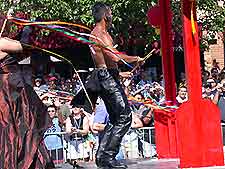 There are a number of gay themed events staged during the course of the year in this exciting city, often being organised by the Dallas Tavern Guild. These range from black tie dinners at the Sheraton Hotel to Mardi Gras-style processions, film festivals and various fundraising parties.